Posted on 29-10-2021 by Guest
special report
The Department of Conservation is embarking on a cull of black-backed gulls on the Waitaki River bed using a method that causes a slow death by hypothermia.
An advertisement says the exercise will take place in November using Alpha-chloralose powder mixed with margarine and applied to a bread bait. Baits will be hand laid directly within gull colonies.
The purpose is to “control black-backed gulls.”
Doc undertook control work to remove southern black-backed gull colonies from the Waitaki River, east of Kurow, as the gulls were preying on black-fronted tern and wrybill colonies.
There were “unnaturally high numbers” of the gulls in the lower Waitaki and the colonies targeted had about 600 birds in them, Geraldine operations manager Duncan Toogood said.
In late 2019 the Swedish Chemicals Agency (Kemi) introduced stricter rules for the use of the rodenticide alpha-chloralose. It obviously has a “secondary poisoning” characteristic as in Scandanavia pets such as cats have eaten poisoned mice.
“The reported symptoms of poisoning are hypothermia, ataxia, apathy, muscle twitching, drooling and coma. Symptoms start quickly and can last even for 24 hours,” says one authority.
The recent advertisement in a South Island paper said “this pesticide used in this operation is poisonous to humans and domestic animals.”
Further it warns to “always remember:-
DO NOT touch any bait
WATCH CHILDREN at all times
DO NOT BRING DOGS into this area
DO NOT EAT animals from this area
DO NOT touch sandwich baits 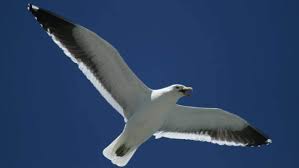