Posted on 29-10-2022 by Andi Cockroft
by Juliet Speedy (Newshub)
The Department of Conservation (DoC) has confirmed a number of kea were killed in a recent 1080 drop around Arthur’s Pass. The department says it’s awful, not good enough and it wants to do better.

Arthur’s Pass Village has an exclusion zone for 1080 drops. It’s an area the curious kea love to roam free.

But DoC has confirmed to Newshub, a controlled drop of the poison in the Arthur’s Pass district last month has killed some of the native birds.

It was a large aerial drop in mountainous ranges and outside of the village the dead birds were found and tested.

“Seven of the 95 odd radio-tagged kea that we’ve got in Arthur’s Pass have died and they’ve been killed by 1080,” Morton said.

That’s a little more than 7 percent of the birds it monitors, which means it’s likely that many more than that have died.

“No we can’t be sure, we only know about that we’re radio tagging,” Morton said.

It’s a dilemma for DoC because the 1080 they are using to control the predators that kill the kea, is also killing the kea. 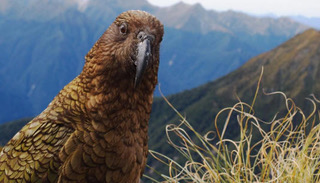