Our little piece of paradise was ruined forever

AN OPEN LETTER TO AMANDA GILLIES by Jeff Patchett

Introduction: On yesterday’s ‘AM Show’, the usual garbage about people opposed to 1080 was spouted by Duncan Garner and Mark Richardson. (Go to ‘The AM Show Catch-Up’, 9 March 2020 – and fast forward to 2 hours, 25 minutes.) According to them, anti-1080 people are a ‘loud, ignorant, uneducated group” of “extremists”. Amanda Gillies said there may be some issues with 1080 but she didn’t think it was “the devil incarnate”. However Amanda was not as strident and fixed in her views as the other two, so Jeff Patchett of Brightwater, Nelson wrote her a letter. Here it is:

I am writing to you specifically because I respect you and your values. You have a compassionate heart.

I have always been a fan of The A.M. Show until Duncan Garner suggested Willie Apiata take some of the anti-1080 people into the bush and deal with them. I was absolutely appalled at these comments. My family here in Blenheim lost five men in the First World War (1914 Blenheim population approx. 2000). My Dad and uncle both served in WW2. Dad had an especially torrid time, as he fought at Monte Casino, one of the War’s most horrific battles. For Garner to say that he wished Willie would use some of his special skill set on fellow Kiwis makes a croc of shit out of the family fighting and dying for the Freedom of Speech. Is that not hate speech?

Anyway, I didn’t watch you guys again until recently and nothing’s changed. The A.M. Show had a young speaker.. a man from “Forest and Bird” welcoming the government’s new initiative on Predator Free 2050. He is in a paid job and is only spouting his puppet masters’ views. How long would anyone in Forest and Bird, OSPRI, or DoC last if they had the balls to speak the truth on 1080? ‘Forest and Bird’ wrote to the Dept of Conservation in the mid-seventies, telling DoC they were not happy with the number of native birds 1080 was killing each year. Something changed their minds and they are now fully behind its use.

Garner mentioned (former Parliamentary Commissoner for the Environment) Jan Wright and her change of heart with 1080. (Please look up 1080science.co.nz and read for yourself how much the old girl got wrong).

I was 100% for 1080 in 1998 when the ‘powers that be’ came knocking to say we needed 1080 to kill the possums that infected my large cattle herd with bovine TB. (Australia has possums, they are protected natives and they have never been linked to TB. Incidentally, bovine TB has been eradicated in Australia since 2002.)

Like most people in 1998, we knew nothing of 1080 and if it got rid of TB we would welcome it. I even suggested they could land the choppers on our lawn if it helped. Well, they completed the drop and buggered off and left us to it. A few days passed and my neighbour told us that he had just found our pet Wekas in the house water supply. I spent the next three weeks dragging dead pigs, deer, and a large assortment of birds from the creek, and its many tributaries, that was our drinking water. I was the only one in our family to get a guts ache from the water.

About a month went by and the full impact of the drop hit us. The bush that normally teemed with birds was quiet. We have never seen a single Tomtit or heard a Ruru, even to this day. Our little piece of paradise was ruined forever.

Things got worse though. After Christmas dinner, we walked to the top of our mountain (Mt.Patriarch) and waited for the Kea to show up. Even their high-pitched screams would have been enough, but not even that happened. My son and I visited the tops several more times and again no Kea. They were gone. Generations of people had witnessed these cheeky birds and DoC had killed the lot – all 23 of them gone.

I then followed up on other Kea colonies that I knew of. They all seemed to disappear after 1080 drops. Mt Robert, the Rainbow, and Ferny Gair all had Kea until 1080 was used. I believe there are now no Kea in Marlborough. These declines in Kea numbers are reflected in DoC’s own census – sixty thousand in the 1970’s, to between one thousand and four thousand now. I personally believe the number to be less than a thousand ( 600?). Rats, stoats, and possums were about in the 1970’s in as big a number as today. The Kea’s habitat has not changed at all, and even redneck Mark Richardson and Duncan Garner would have to agree that DoC’s ‘lead head nail’ story is absolute bullshit. DoC has, with the help of OSPRI, put our alpine clown bird on the endangered list. They will make them extinct in the wild the way they are going.

Contrary to what redneck Mark said about anti-1080 people being a fringe element there are 300,000 people on ‘Ban 1080′ sites. We are bigger than “Forest and Bird”. We are made up of all sorts of folk. We have scientists (two in my family alone), builders, lawyers, doctors, teachers, anyone who can think for themselves and anyone who takes the time to look into the 1080 issue with an open mind. Also, there are thousands who, like me, have witnessed the horror of 1080 for themselves. In 2018 a poll of newspaper readers in Blenheim was taken by the Marlborough Express on the banning of 1080. Almost four thousand people responded – 85% against 1080. On the West Coast of the South Island a survey found that figure to be a massive 93% against 1080. Even DoC’s own poll in 2016 had the anti-1080’s at over 60%.

1) It is extremely cruel. I have lost six dogs to it and have witnessed one dog die from it. Not very pleasant.

2) It has entered our food chain. Wild game and some fish with sub-lethal doses. Also what about the cattle and sheep that have eaten it and not died from it?

3) Tourists are responding negatively to the signage. Trout fishermen are no longer coming.

4) The users of 1080 are not following the guidelines – i.e. keep out of water, bury dead animals, pick up unused bait.

6) It is a teratogen – i.e. causes abnormalities to the unborn. DoC are finding this in baby Kea and other birds.

7) 1080 has ruined a very valuable export market. The wild game and fur industries were huge in the 1970s-80s. Probably worth half a billion in today’s money.

8) Takes natural food away from people who can’t afford to pay for meat. This has a huge impact on families in the far north and on the West Coast.

9) Clean and Green NZ. Yeah right. “Forest and Bird’ and DoC always say “Look at the science”. Their own scientist in the 1960’s told them it would be a disaster to use 1080 ( Dr. Mike Mead). His scientist peers agreed, but it still happened.

Most of DoC’s ‘science’ can be picked to bits with not much trouble. There are dozens of far cleverer people than the underpaid DoC scientists, and if TV3 gave them a chance to speak ,on nationwide TV, 1080 would be gone tomorrow.

All I wish, Amanda, is that you look into 1080 with an open mind. Mark has self-promotion and the National Party on his, so I would never expect any change in his attitude. Duncan Garner acts out of ignorance and I bet he has never for one moment thought an opposing view on 1080. Maori believe the Morepork (Ruru) takes their soul to heaven. Duncan won’t get there because that particular bird will be dead (extinct) long before he is. 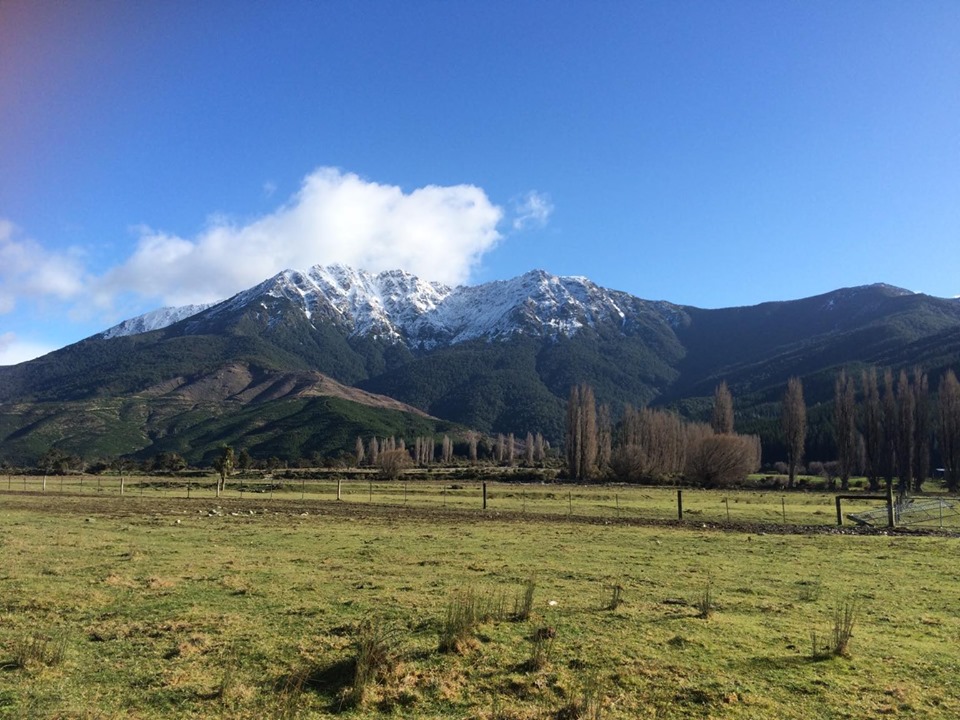 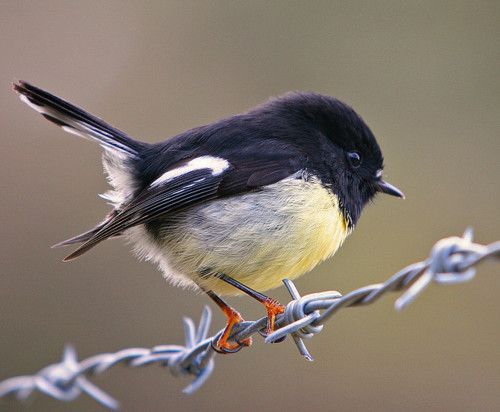 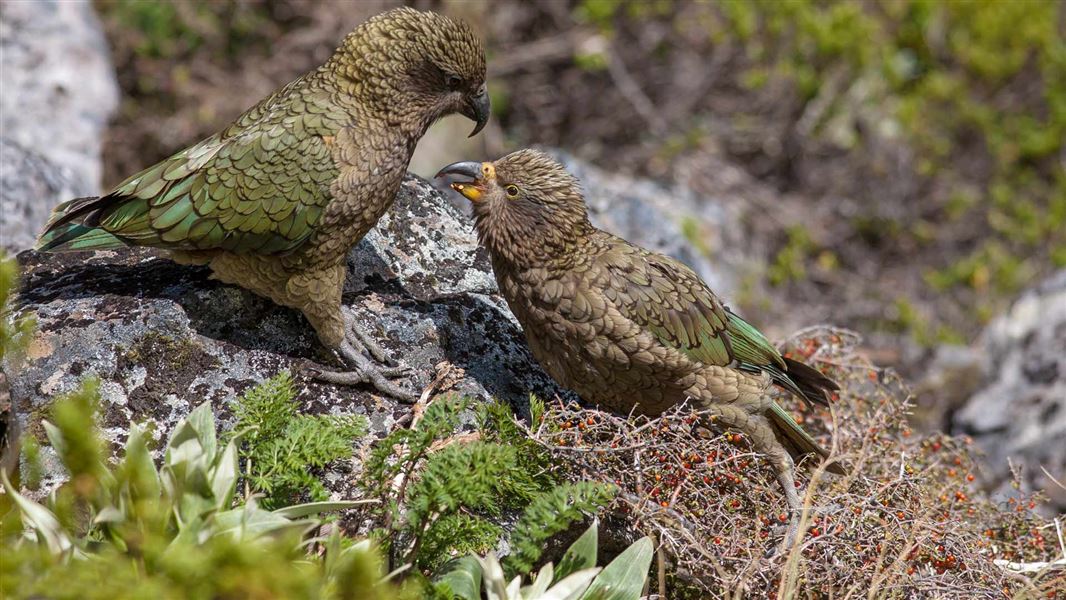 2 Responses to Our little piece of paradise was ruined forever