A New Culture – Quality Before Quantity

Posted on 08-10-2020 by Guest
Opinion by Tony Orman
“It’s an ill wind that blows nobody any good,” my dear mother used to say.
It was an adage that I initially  found somewhat confusing but now I know through experience.
The recent experience of lockdown due to covid19 didn’t bother me particularly. Oh I couldn’t go up in the hills during level four. But in the outdoors particularly hunting you learn to be patient and wait for the storm to pass.
Such was one autumn hunting trip in the early 1960s, when John Henderson and I were “locked down” by a raging southerly blizzard on the exposed snow grass heights of the Tararua Range in an unlined, rudimentary fridge-like Kime Hut with no stove or fireplace for three whole days.
The hut rocked in the stronger gusts. At night a possum came up through the floorboards to see what pickings there were amongst our food stores.
We had to ration the food, sparingly but cool headed about it. No radio, no television no cellphones – they weren’t around back then.
So recently I wryly grinned when a teenager on television declared himself “bored” after the first few days of lock down. Poor fellow! Unlike John and myself in Kime Hut, he had at least 20 TV channels, a radio, no doubt heat pump or heater and his inseparable, insufferable cell phone.
Then came removal of level 4 and people stampeded the reopening of fast food outlets, car queues spilling out onto thoroughfares. It was pathetic behaviour by people addicted to junk food. It showed that people were not prepared to pick up on the potential good that was and is still there from the ill wind of Covid19.
Opportuniity?
But I’m unimportant in an ill wind like the virus, it was the chance for people collectively and as a country to make some real gains for a healthier and better society.
People panicked almost like a sheep mob, buying toilet paper in supermarket stampedes. Many who didn’t probably know which way up to plant a seedling, rushed gardening centres for vegetable plants.
The Covid19 was a chance for us to look at ourself in the mirror, a good searching self-analysis.
We been living in indulgent excesses and those of the wrong kind.
I often wonder how people like Sir Edmund Hillary, the legendary All Black Colin Meads, 19th century Charlie “Explorer” Douglas and a host of rugged, but gentle by nature, high country farmers long passed away, might view today’s society. Fifty years ago New Zealanders were a land-conscious outdoor people. The Kiwi face might be weather beaten but physical skills were fitness epitomised, moral values were mostly strong and dominant and each family drew sustenance from judicious living, striving, tending the vegetable garden to be as self sufficient as possible, spending prudently and with a community spirit.
That spirit carried families of New Zealanders through the several years of the Great Depression of the 1930s and the several dark years of World War Two with food rationing, blackouts in case of enemy air raids and a frugal living existence focused on self-sufficiency in contrast to today. Yet people strived, crime rates were so low that a murder anywhere, was big front page news, burglaries were rare.
But all that was eroded as politicians from 1984 onwards, inflicted the New Right neo-liberal stranglehold on society plunging the country further into economic debt and moral and social decline to the extent of decay.
The reality is that since 1984, we have been on the path to both economic and social bankruptcy. Economically the country is heavily in debt, indulgences from imports overwhelm earnings from exports (trade deficits), consumerism runs rampant and governments mesmerised by the God of GDP,  pursue growth and more growth with no thought of environmental or social consequences.
New Zealand recently passed five million in number. There is no thought by major political parties of population limits and of planning. More people and more people. But more people and more people demand more and more resources. Their emissions by more cars and more jet flights increase. In a ‘chuck away’ consumer society there’s more and more landfall garbage.
The government’s 2020 budget subtitled “well-being” was nothing like that. It was a sham. It was borrow and get deeper in debt and throw money about. I would have admired a strong message from government irrespective of whether Labour or National was leading it – knuckle down, jettison the excesses and let’s soldier through these tough times and rebuild a caring, compassionate and coherent society.
Perhaps if I was totally cynical, I’d suggest an election later this year influenced the budget.
In a sincere “well-being” budget, it would have been more than prudent to implement immediately a population policy and population and planning ministry and to ditch the shortsightedness of GDP for GPI, a Genuine Progress Indicator that embraces not only economic but urgently needed social and environmental needs for the future.
New Zealand needs a culture of quality, not quantity.
© What legacy will we leave for tomorrow’s generations? 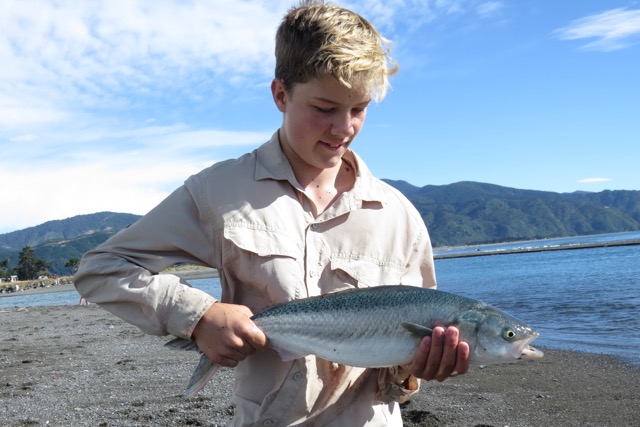 13 Responses to A New Culture – Quality Before Quantity