Posted on 08-06-2020 by Guest
by Michelle Terry
TVOne news tonight featured coverage that inhumane treatment of so-called pest animals, including rats and cats, is concerning the authorities including the Society for the Protection of Animals (SPCA). Torture and inhumane drownings where animals suffer is happening under the guise of helping nature. One perpetrator thought he was just ‘doing his bit’ for Predator Free NZ—finding inventive and entertaining ways to inflict misery and death on unwanted animals as a sort of ‘civic duty’.
So with that in mind, you’d think the government might put two and two together and realise its current messaging is so off target it’s creating a many-headed monster. But no. This really is “down the rabbit hole” stuff.
The government put two and two together and another number came up for them – 1080!
The television interview after the SPCA animal cruelty story was with a Greenpeace employee, Geoff Reid. He had started a petition asking for more pest control in the forest close to Wellington to save giant rata from marsupial possums.
It is interesting that Geoff Reid directed the petition at Daran Ponter, Chairman of Greater Wellington Regional Council, and yet for Daran this petition was out of the blue. In fact, he has posted on Geoff’s page that the petition was unnecessary when Geoff could just “pick up the phone and call me”.
Nevertheless, this story went out on the main news straight after the story from the SPCA about how people are developing sadistic tendencies towards small mammals while convincing themselves they’ve got the blessing of the authorities for doing their civic duty to protect New Zealand.
Sage – “More 1080”
Eugenie Sage, Minister for Conservation, popped up in that way she has of appearing wherever death is near, and gave a little speech to viewers about the usual biblically-inclined populations of possums and rats and the ever increasing ‘need’ to feed them more 1080 poison. The depth of suffering and length of time spent dying doesn’t appear to be noteworthy here—even after the SPCA story. Which is odd. And that struck a discordant note.
What motivated the Minister for Conservation to appear on the news with a Greenpeace guy wanting to save rata trees by pushing for more indiscriminate and torturous 1080? The same 1080 that Daran Ponter, of Greater Wellington Regional Council, says is already planned for and scheduled to be dropped.
Pointless
How could this ‘news’ be any more contradictory (given the animal cruelty aspects) or any more pointless when we see from the Chairman of the Greater Wellington Regional Council that the petition is asking for something which is already happening? Perhaps the possums are not to blame for any perceived threat to rata?
Daran Ponter confirms they will be applying the planned for 1080 which is clearly unpopular. So was all this just grist for the PR mill after the $1.1 billion for ‘Nature jobs’ was announced in the Covid19 budget? Eugenie Sage seems very active in announcing how much killing is urgently needed now that there is money to spend.
Nature jobs and Green jobs. Poisoning plants and poisoning animals. How many people does it take to fly a helicopter? The irony is though that it took nine Dept of Conservation staff to work out that half of the monitored Alpine Kea killed in a South Island 1080 drop did in fact die from eating the 1080. And they even spent a couple of months deciding that is indeed what happened. The Kaka (another native parrot) is at risk of the same fate in the Greater Wellington region with 1080 introduced as the top predator.
Urgent Need
We urgently need to reset how we, as a nation, frame our relationships with all animals, including those later arrivals which make up part of the biodiversity in our wild spaces. What’s needed is an animal protection authority that can start making a difference from the top down.
Minister Sage is yet another one in a long line of ministers for so-called conservation who appears to take pleasure in talking about killing. It’s disturbing and needs pointing out.
Looking at these two stories back to back reveals a gap in what we say and what we do. Kindness and compassion don’t require time off for conservation. 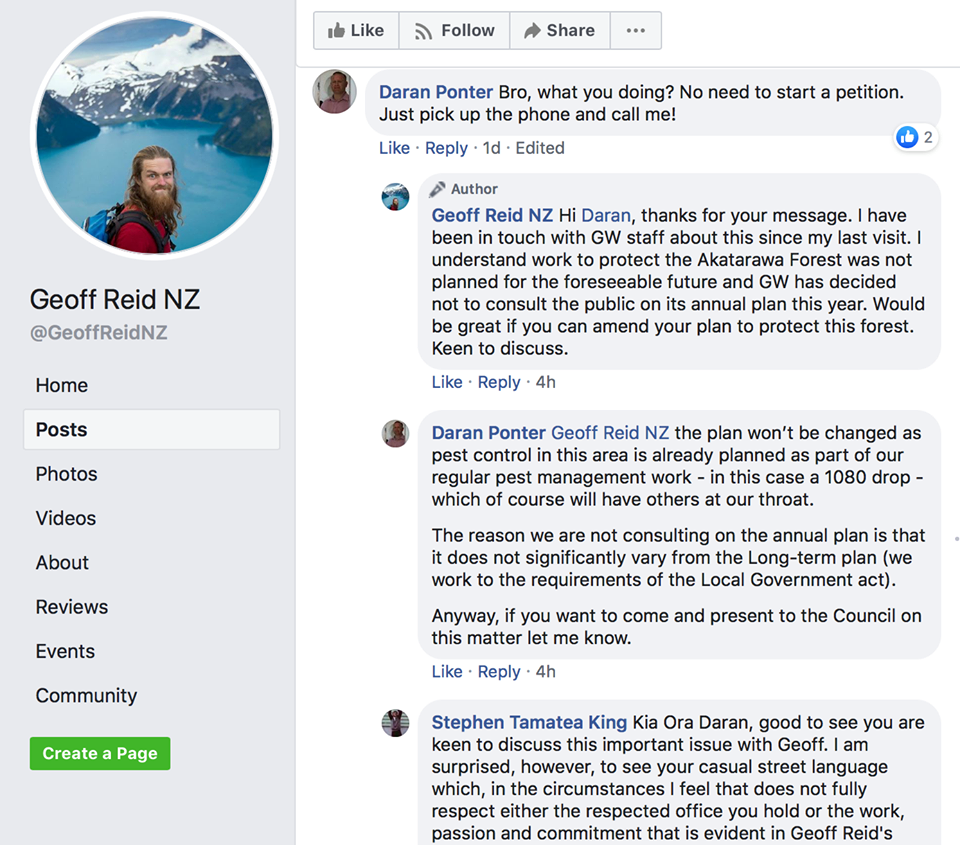