The Department of Conservation and the Predator Free movement are not facing up to ecological realities and the consequences of disrupting nature’s food chains, says Canterbury-based scientist Dr Jo Pollard in an article in the latest New Zealand Deerstalkers’ Association magazine “New Zealand Hunting and Wildlife.”

“Unfortunately there is a history of dysfunction whereby conservation management has departed from science,” she said. “The science indicates a need for careful studies and saving habitat rather than mindless interference and indiscriminate poisoning.”

Dr Pollard cited instances where the department ignored scientific studies that had pointed out the detrimental consequences of major interference with the role of predators. A Landcare Research study found when other mammals such rats and stoats were fenced out of a reserve, mouse numbers rose. The increased number of mice feeding on weta, caterpillars and other invertebrates seemed to reduce the invertebrate numbers, with potentially “catastrophic effects.”

“There are serious questions about how to deal with increasing mice, once some of their major predators and competitors have been killed off in naive attempts to “fix” nature,” she said.

Studies of alpine-dwelling stoats have confirmed rats are the stoat’s preferred prey, with small birds being a very minor component of the diet, less than 2 percent, where rats were present. However in an alpine area lacking rats, stoats ate small birds (15-26 percent of the diet) and skinks (19-57 percent).

The food chain gets more complex as shown by studies on 38 Fiordland islands where Norway rats or stoats were removed several decades ago. In the absence of these predators, native robins flourished, seemingly aggressively ousting other birds such as grey warblers, silvereyes and tomtits.

“The authors warned that killing off predators to achieve ‘restoration’ can cause declines and disappearances of native bird species,” said Dr Pollard. “Taking away the introduced predators had seemingly reduced the diversity of birds.”

“Rats are especially well equipped, through their lifestyle and physiology, to withstand a 1080 poison war,” said Dr Pollard.

Encouragingly, a recent Landcare study stressed the need to preserve habitat, stating its loss and modification “is a principal, ongoing cause of indigenous biodiversity decline.”

Dr Pollard was critical of the Department of Conservation’s one dimensional approach saying DoC’s leading scientist Graeme Elliott should have, decades ago, heeded Professor King’s advice and focussed on the observation that mohua, needing tall forest trees on valley floors, were suffering from habitat loss. Instead Elliott blamed the mohua’s decline on stoats, leading to rampant stoat trapping, followed by rats  – stoat’s prey – subsequently getting out of control and eating the mohua.

The final nail in the coffin was DoC’s onset of aerial poisoning to quell the rats.

“Perhaps the Predator Free movement and DoC might yet face up to and respect ecology,” said Dr Pollard. 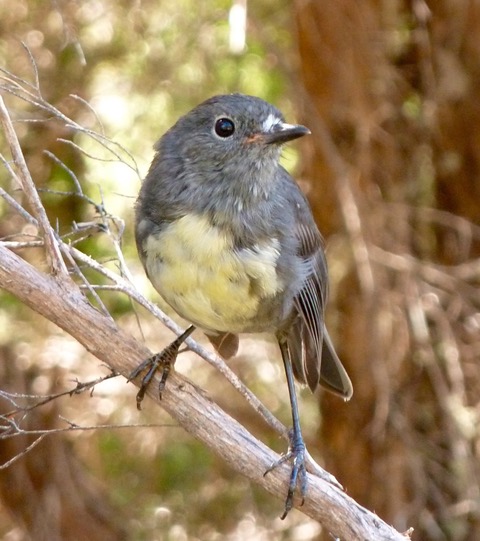