Posted on 30-06-2020 by Guest
by Ben Hope
Theodore Roosevelt was one the USA’s greatest presidents. He was principled and had firm views. He was an ardent conservationist, a successful enthusiastic bg game hunter, an outdoorsman to the core and an environmentalist as shown by the following quote.
“There is a delight in the hardy life of the open. There are no words that can tell the hidden spirit of the wilderness that can reveal its mystery, its melancholy and its charm. The nation behaves well if it treats the natural resources as assets which it must turn over to the next generation increased and not impaired in value.”
He was one of the most powerful voices in the history of American conservation. Enthralled by nature from a young age, Roosevelt cherished and promoted our nation’s landscapes and wildlife. After becoming president in 1901, Roosevelt established 150 national forests, 51 federal bird reserves, four national game preserves, five national parks, and 18 national monuments on over 230 million acres of public land.
A priceless quote of his was against the critics who he encountered in his strong advocacy for conservation and an equal society. His words are encouragement in today’s world dominated by apathy.
Dare to dare
“It is not the critic who counts, not the man who points out how the strong man stumbled or where the doer of deeds could have done them better.
The credit belongs to the man who is actually in the arena, whose face is marred by dust and sweat and blood, who strives valiantly, who knows the great enthusiasm, the great devotion and spends himself in a worthy cause, who at the worst, if he fails, at least fails while daring greatly.
Far better it is to dare mighty things, to win glorious triumphs even though chequered by failure than to rank with those poor spirits who neither enjoy nor suffer much because they live in that grey twilight that knows neither victory nor defeat.” 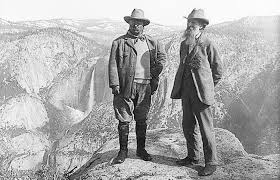