Posted on 29-03-2022 by Guest
Opinion by Stewart Hydes
Past and on-going changes to firearms laws and regulations badly miss the target resulting in largely only impacting on the law-abiding firearm owner.
Like all things within our society, the possession and ownership of firearms in New Zealand (indeed, in every country on our planet) has always been on a continuum .. from the seriously law-abiding .. to the seriously criminal.
At the extreme end of this .. New Zealand’s Police and government have failed to respond or been very slow to face the fact that some 15 or so firearms licence holders .. are gang members.
How can a patched gang member .. by definition .. be a fit and proper person to hold a firearms licence?  And yet our Police have allowed them to do so.
More recently, the lines of where things sit for people on the firearms possession and ownership continuum have been redrawn .. by the sometimes serious stupidity of processes and outcomes around our recent Firearms Law Reforms.
And perhaps more importantly .. by the short-sighted way the police and our government have gone about them.
The failure to follow our democratic due processes .. and make sure we had everyone’s buy-in .. on every step of the journey.
For these things are always a journey.  Small arms have always been a legitimate part of the journey of humanity (beginning with clubs, spears, bow and arrows, knives) and they always will be.
They have also always been what we would call “misused”, by some .. and sadly that, too, will never change. It’s no different to the motor vehicle.
To use a firearm against another human being is certainly not always a bad thing.  Consider, when the purpose or intent of the person using them is to prevent bad things being done by others.  For example, when used by the Police against criminals .. by a law-abiding person in legitimate self-defence .. or against an enemy, in times of war.
New Zealand simply could not have remained the free country it has remained .. without the latter.
Many in today’s society tend to view firearms as evil .. but in reality, we owe them everything.
Norway Example
Norway showed us the way to conduct Firearms Law Reforms after a tragedy .. demonstrating excellence in the process they followed.  Don’t rush it (it’s a situation that took decades to develop .. and it cannot be fixed overnight) .. take your time .. and most importantly, make sure you’ve got everybody on board .. especially, the buy-in of the legitimate and law-abiding Firearms Community (as best you humanly can).
Instead, our narcissistic Prime Minister simply had to be an overnight heroine.
On her watch, law-abiding firearm owners were trampled  roughshod over the public’s long-fought and hard-won democratic due processes.
Rushed Law is often Bad Law .. and never have we seen a better example than following the mosque tragedy, significantly by an Australian citizen – not a New Zealander – and a person given the glaring irregularities in his firearm licence should never have been granted the right to buy and own firearms and ammunition. Never mind the reports that he was under surveillance by the Australian security authorities. The prime minister and government have never addressed the failure of police and the very arguable responsibility that they could have prevented the tragedy.
Advice Ignored
Police and the government ignored much advice from the legitimate and law-abiding firearms licence holders .. who only understand how the majority of legitimate gun ownership in this country works, better than anybody .. that’s all.
Worse still, they made the firearm-owning public feel like they were being made undeserving scapegoats .. discriminated against, even persecuted .. and therefore, alienated.
Undeniably, this has pushed tens of thousands of firearms in New Zealand underground .. inevitably, making New Zealand less safe .. not more so!
And all the while, they failed to target firearms in the hands of the wrong people.
Haven’t we seen the proof of this play out .. on our streets and in our communities .. ever since – with shooting in greater Auckland?
It’s ironic the first Police Officer to be killed in the line of duty by a criminal act involving a firearm for more than a decade .. was about the time law reforms supposed to make New Zealand safer, came into effect.
As if to punctuate the mistakes that were being made.
Categorical Failure
Police .. and even our short-sighted, impractical politicians (then police minister Stuart Nash being chief amongst them) .. surely must understand that, by now?
Notably, the “gun buybacks” were a categorical failure – as they always were going to be – based, as they were, on bad processes and bad laws.
The Firearms Register will be the next big mistake.  As with overseas experience .. it will prove to be expensive, totally unwarranted, and utterly ineffective.  Instead of targeting the real issues .. this will once again divert huge amounts of Police resources away from the true problems .. into administering a great big bureaucratic waste of time .. letting firearm crime blossom even more .. and making New Zealand even less safe).
The stupidity of it all .. is absolutely, unbelievably dumbfounding. Truly unfathomable.
When .. oh when .. will the people’s government get its senses back?
The rise .. and rise .. of the only political party that stood up in parliament for the rights of legitimate and law-abiding Firearms Licence Holders .. perhaps gives us a big clue?
Only when there is a change of government can we hope for a return of some common sense, it seems?
Perhaps that day cannot come fast enough .. for a fast-growing number of New Zealanders? 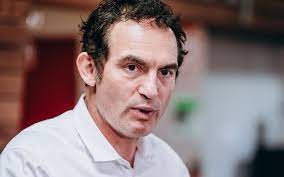 © Stuart Nash – former Minster of Police
This entry was posted in Home. Bookmark the permalink.