Firearm Registry- Political, Not a Pragmatic One? 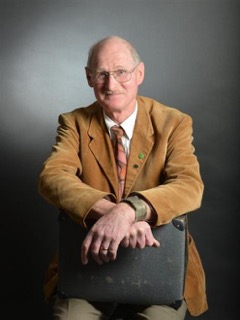 Introduction
The value of a registry as a crime prevention and crime solving tool has repeatedly been advanced by its supporters..  The police on many occasions before the recent law changes have argued that a registry is not necessary for their operations, so the decision to embark upon a registry seems to be political, not a pragmatic one.  The late Sir Thomas Thorp qualified his support for a firearm register by noting that “…unless a compliance rate of not less than 90 percent can be achieved, the benefits derived from registration would be significantly reduced” (Thorp, 1997, p. 184).
Licensed firearm owners already offend if they illegally possess or sell firearms
Five offences exist in law for illegally supplying or possessing firearms.  These attract penalties of up to two years of imprisonment or fines of up to $15,000.
Limited crime prevention potential of full firearm registration
The police, in 1996, noted in their evidence-in-chief to the Thorp Review (1997) of firearms that there was little evidence that universal registration provided any real benefits unless it was accompanied by regular checks every 2-3 years on the firearms held by every firearm owner.
The police also noted that, “…there is little evidence that a registration system would be instrumental either in solving serious crime involving firearms or preventing them.  The majority of firearms used in serious crime do not belong to the offender and are usually stolen, unlawfully in their possession or supplied by other than a licensed owner.
Proponents for this measure also overlook the fact that although registration of motor vehicles for road use is near-universal, more than 20,000 motor vehicles are stolen annually, some of which undoubtedly feature in reported offending (Otago Daily Times 30 April 2022).  This is for a motor vehicle fleet of some 4.5 million vehicles.  Compared to firearms (for which an estimated 1.2 million are in private ownership in New Zealand), the annual total reported stolen is approximately 1,000, testament surely to the greater security afforded these items?
Just what we want – another waste of taxpayer’s money!
References:
Otago Daily Times (2022), “Security roller door didn’t stop latest ram-raid”, Otago Daily Times, 30 April 2022.
Thorp, T.M. (1997) Review of Firearms Control in New Zealand – Report of an Independent Inquiry Commissioned by the Minister of Police.  Wellington, New Zealand: GP Print. (281 pp.).
This entry was posted in Home. Bookmark the permalink.

5 Responses to Firearm Registry- Political, Not a Pragmatic One?