Book Review: “One Hundred Havens -The Settlement of the Marlborough Sounds”  by Helen Beaglehole, published by Massey University Press. Price  $60. Due for release 8 September, 2022. Reviewed by Tony Orman.

As she dug deeper she realised that it involved a mammoth challenge and a rich history of human endeavour. Little has been previously written of the Maori in the Marlborough Sounds. The land sales of the Marlborough Sounds had by 1856, resulted in Maori being relegated to inferior land and subsequent “poverty, illness and systemic racism.

Before European settlement Maori lived in the Sounds as nomadic hunters and gatherers. Then came the wave of European migrants and would-be farmers driven by the image of fertile lands, ripe for development.

Axe, fire, herds of cattle and flocks of sheep slowly transformed the landscape, recounts Helen Beaglehole. “Whatever the prospect, the reality was invariably harsher.”           A history book runs the risk of being dry and tedious but the skills of both author and publisher adeptly avoid that. Many excellent historical photos enhance an excellent publication.

This is a book that should appeal not only to Sounds residents but also those who frequent the Marlborough Sounds for boating, fishing, tramping and other outdoor recreation. 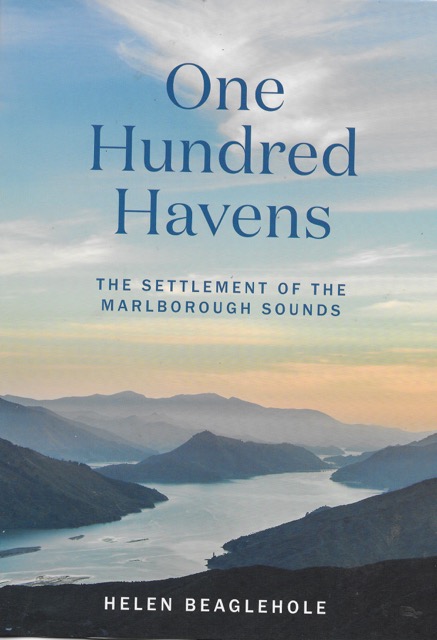