More Thoughts on an Extraordinary Election

Posted on 22-10-2020 by Guest
Opinion by Rupert Pye Political Commentator
Yesterday, I just covered the election result from an outdoor perspective but there were many more factors in the extraordinary result that took most by surprise. To reiterate in view of strategic voting by outdoor groups and probably other groups such as farmers, and more importantly by individuals, MMP seems here to stay.
MMP was introduced in 1996 and for the first time, a single party is able to govern without the aid of  coalition.
What did happen?
Thank back. Early in 2020, one poll suggested National was on 46%, Labour 41%, Greens 5%, New Zealand First 3%, and ACT 2%.  If by election day, based on those figures, a coalition of National-ACT could have formed a government.
That would not have surprised most. The Labour-led coalition had experienced problems in meeting its 2017 election promises..
Broken Promises
Housing was one.  Labour’s promised of 100,000 KiwiBuild houses never got going.  In the first three years , i.e. to date, of the 10 year plan, less than 600 were built.
A pledge to reduce net migration was not honoured with net migration going up’’; similarly a promise to reduce child poverty failed.
Other promises, e.g. Auckland light rail, a billion trees to offset carbon emissions, review of fisheries quota management system, were never met.
Yet despite broken promises, the Labour Party swept to power.
The answer is probably Covid19.
Jacinda Adern was able to articulate with genuine sincerity, passion and sympathy with heart-felt hand-wringing on screen and into every home. She embraced people with her talk of “team of five million”. Full marks to her and her PR people and speech writers. And remember her Minister of Health breaking lock-down rules twice!
Chris Hipkins became the new Minister of Health and performed well.
National Goofed
As the polls showed Labour gaining in popularity, National lost its head.  It dumped Simon Bridges as leader, put in Todd Muller, who sadly buckled under pressure and resigned and put in Judith Collins. It was a “hospital pass” in rugby terminology but Judith Collins responded well seemingly winning the first televised leader’s debate. It was a brave showing but she wasn’t helped by careless arithmetic errors by her finance spokesman and disloyal leaks from one or two caucus members.
As one of my friends said over our most recent weekly cup of coffee in downtown Hamilton, there’s good and bad news in the future.
The good aspect of the election he said is that the Labour Party can form a Government without depending on “some good but too many weird” ideas of the Green Party.
The bad news he pointed out, is Labour’s failure over 2017 election promises does not augur well for the next three years.
The “hand-brake” of New Zealand First has been removed by voters, but there are some deep, divisive treaty claim issues which many are concerned about but are inhibited to speak out because ironically of ”hate speech” accusing them of being “racist.” Think of the Ihumatao dispute yet to be resolved. With the return of the Maori Party the political pressures will be strong on the Labour government.
We are yet to hear of whether Labour will fully embrace the Greens. That could cloud the crystal ball, if Labour form a coalition. 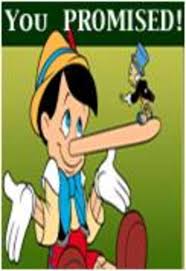 4 Responses to More Thoughts on an Extraordinary Election