Posted on 07-10-2020 by Guest
Opinion by Tony Orman
NZ First is making a last-ditch attempt to scramble into parliament and are using the 1080 poison issue to fuel its efforts. Political pundits are predicting NZ First will be history after election day.
NZ First leader Winston Peters has revived his promise at the last election to get rid of 1080. I heard him say to a Marlborough public meeting in the pre-election run-up of 2017 that “ 1080 would be gone by lunchtime.”
But it wasn’t gone after NZ First became a government coalition partner and during the next three years to now.
The stumbling block was Forest and Bird zealot Eugene Sage and Green MP who became Minister of Conservation.
But here’s the crux of Winston’s replay of his 2017 pledge about 1080 in 2020. In the three years as part of the government, he nor any of his MPs, to my knowledge, have said nothing about 1080 despite massive drops of the toxin over public lands.
The ecosystem 1080, used by the Department of Conservation to “control predators in forests to preserve birdlife” has been opposed by other parties.  ACT with COLFO’s very competent Nicole McKee at number 3 on the party list is opposed to 1080.
New Conservative
So too is the New Conservative Party which has come back significantly in polls after the internal debacle it had with former leader Colin Craig and his antics. The new Conservative Party may or may not make 5% but it seems on the way back into the political landscape.
The Advance New Zealand Party is a  strong opponent of 1080 too.
Meanwhile, Winston Peters will visit Waiheke Island tomorrow to point to a local predator control project which does not use 1080.
“I just want to be clear that New Zealand First has never been a believer in 1080,” he said.
Oh Winston why did you not tell the public that in 2018 and 2019?
He speaks now of  “alternatives and trapping and hunting and all sorts of other range of initiatives”.
Too Little, Too Late
He now says 1080 is dangerous, and he explains in the coalition that it is very difficult to achieve getting rid of 1080 “when it’s in control of some other minister” i.e. Eugenie Sage.
It’s a case of “too little” for three years and “too late” now for NZ First.
The irritating thing is that during those three years, I e-mailed Winston Peters and his senior MP Ron Mark, who I once personally knew very well. The emails were never answered. Other outdoor friends who emailed NZ First experienced the same silence. Not even an acknowledgment.
Silence is not always golden. 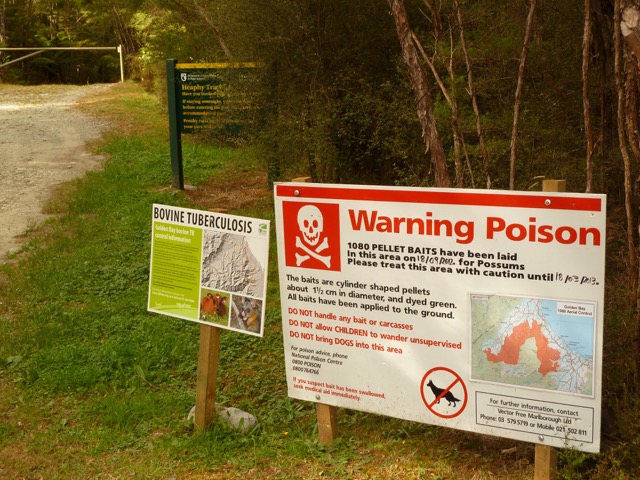 6 Responses to NZ First’s Silence for Three Years Over 1080.