Posted on 12-10-2021 by Guest
Opinion by Stewart Hydes
Humanity’s impact on climate change .. the degree to which we may or may not be accelerating it — is almost irrelevant — against our impact on our planet, which is undeniable.
We are beyond crisis point.  There’s been something approximating a 60% reduction in wildlife since 1970 – and a 75% reduction in insect biomass over the past 25-30 years.  Ninety three percent (93%) of the mammalian biomass on Earth is now either human – or the animals we farm, to feed ourselves.  We’re rapidly pushing everything else off our planet.
Our population crisis is real, and rapidly worsening.
This will have dire consequences for all species on Earth – ironically, including our own.
We are actually witnessing the sixth great extinction right now  and human activity is by far the greatest causal factor.Our global population has reached 7.9 billion and predicted to be almost 11 billion, by 2100.
On a planet where things are measured in millions of years – that’s almost a 45% increase in the human population, in less than 70 years.  Unless we do something – that’s a 45% in the food we need, and the waste and environmental impacts we cause.
Crisis
Our planet, it’s environment, and the rapidly disappearing biodiversity we have left, simply cannot sustain that.
The things we have to do to minimise our impact on the planet and the things we have to do to minimise our impact on climate change acceleration, are practically the same.
It’s a crisis – and it demands urgent, global action by humanity.
It may already be too late.
On its own, New Zealand can do next to nothing.  And therein lies the problem.
We expect our government to take globally-responsible action .. that will contribute to a global difference.  Not just inflict pain upon ourselves .. only to shift human activity to elsewhere in the planet.
Failing
And this is where we are failing.  Miserably.
New Zealand’s government dramatically reduced its coal production, virtually destroying the West Coast economy (now that international tourism is gone too) only to import vastly more lower-grade, environmentally-worse coal, from Indonesia.
So short-sighted – to the point of being stupid.
Shifting employment from lower-populated New Zealand – to support the economy in over-populated Indonesia – is nothing short of being downright stupid.
Equally, sacrificing our agricultural sector – only to benefit arguably less efficient agricultural economies elsewhere around the world – is also stupid.
Eco-poison
A “ute tax” imposed on rural New Zealand – when farmers and tradespeople have no viable alternative – is not only unreasonable and unfair; it’s stupid.
A classic example of government foolishness. New Zealand continues to apply ever-increasing amounts of aerial 1080 poison – which is an example of the sorts of stupidity humanity indulges in.  1080 was first developed as an insecticide – it kills everything that consumes oxygen.  That’s business-as-usual, for humanity – killing everything else off our planet.
Stupid?
Vision Needed
Covid may have threatened a disaster for humanity (actually, it’s turning into a bit of a fizzer) – but indirectly it may have been a godsend, for our planet.  Mother Nature will surely continue to experiment with options to curb our out-of-control, over-populating species, until she finds one that works.
Ultimately, we must support and vitally, respect Mother Nature.
It needs a radical approach and vision and foresight.
Clearly, thinking we are going to solve our problems for ourselves .. while we continue to apply the same thinking we used when we created them .. is insanity.
Dare I say stupid? 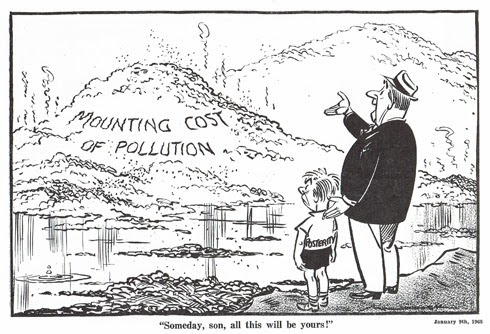