The NZ Police are reported to be paying $13m to an Australian software company to develop a firearm register that will make not a single New Zealander safer.
Council of Licensed Firearms Owners (COLFO) Chairperson Michael Dowling says he is dismayed to hear reports that a five-year contract to build and run a firearm register is going to an Australian company facing a court case by the Commerce Commission.
“If the Police want to waste money on a register that won’t prevent firearm crime, the least they could do is waste it here in New Zealand.
“No excel spreadsheet nor super modern online database will prevent the crimes seen in Auckland last week, nor would they have prevented the Christchurch Mosque shootings,” Dowling says.
The Police Minister has consistently avoided describing the exact mechanism by which a register will prevent firearm crime.
Dowling says that is because a register would not;
1.       List firearms already held by criminals or otherwise in secret, because those people would never register them
2.       List firearms smuggled into the country along with other contraband
3.       List home-build or 3D-printed firearms unless they were voluntarily registered
4.       Prevent a stolen firearm from being used against a person
5.       Find the person who used the firearm in a crime
6.       Track the origin of registered firearms when stolen and used in a crime, where serial numbers and other distinguishing features are removed
7.       Guarantee anonymity to licensed firearm owners whose details are on the register
/ENDS
For further information contact: Michael Dowling. 027 442 3310 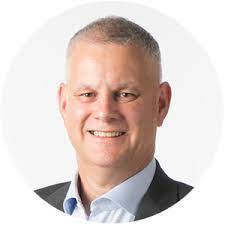