Posted on 16-11-2020 by Guest
Opinion by John McNab
There is an organisation Safe for Animals (SAFE) which has the vision of “New Zealand free of cruelty, a society where we nurture our instincts for compassion, and where we are kind to ourselves, animals and our planet.”
Interestingly SAFE dos not regard possums as a pest.
Introduced animals are often described as pests and government inflict some shockingly cruel treatment of animals perceived by officialdom as undesirable.
Like any animals, these creatures fell pain and agony.
Often slow killing poisons like 1080 – which takes 48 hours or more – to kill are used. Brodifacoum is even crueller taking 21 days or more.
Last year, SAFE Head of Campaigns, Marianne Macdonald, said “1080 inflicts a cruel, slow death on animals – both targeted and non-targeted species. Caring New Zealanders would be up in arms if this appalling suffering was inflicted on dogs or cats. It’s time to view the welfare of all animals equally.”
Blatant Hypocrisy
Indeed it is a case of ignorant double standards.
Domesticated animals and farmed animals are protected from cruelty by law. Wild animals are not.
Sadly, many introduced species are commonly demonised – ignorantly – in print and broadcast media.
The media are woefully ignorant, lacking objectivity and naively accepting inaccurate and incorrect information from agencies such as Forest and Bird, the Department of Conservation and OSPRI – the latter concerned with TB in farm stock.
The demonisation instills a culture that wild animals have to be exterminated. Shades of Nazi Germany.
In an age where “hate speech” is condemned amongst humans, people can commit “hate speech” against wild animals and be applauded for such utterances.
Children Taught Violence
The hate generated encourages cruel acts upon wild animals.
There are instances of school possum hunts being regularly conducted in some regions. Children have been taught to kill baby possums by drowning.
The effect on young impressionable minds of bad unethical and cruel attitudes is deplorable.
Encouraging kids into hate-provoked attitudes and violent, cruel acts towards wild animals desensitises children to violence. That violence towards animals can lead in later life to violence towards fellow humans.
This is well documented by psychologists and is an area of increasing research. Indeed the indoctrination of children into a culture of violence to introduced wild animals in New Zealand has been publicly warned against by psychologists both internationally and in New Zealand.
Demonised Possum
What of the possum?
Possums are fascinating creatures who are openly and wrongly demonised in New Zealand. They are mostly herbivorous and feed mainly on leaves. Landcare Research studies of stomach contents of the marsupial showed no evidence of feathers, flesh or eggs.
SAFE classed the possum as “undoubtedly the poster child for abused introduced species.”
Ironically regarded as a pest in New Zealand, yet as a native to Australia, possums are protected by law.
Poisons are enthusiastically used to kill introduced species such as possums with Cabinet Ministers like National’s Nick Smith and Eugenie Sage loudly and gleefully announcing the next 1080 drop.
Most of compounds such as 1080 and brodifacoum cause prolonged deaths, the animals suffering for hours and days running into weeks, before dying.
1080 is one of those most widely used and causes animals to have muscle spasms and seizures for up to a day or more before death. Brodifacoum is a poison that is commonly used to kill rats. However the Department of Conservation has endeavoured to use it on deer too by coating broadleaf leaves (favoured by deer) with brodifacoum.
Slow Death
Brodifacoum basically causes the animal to slowly bleed internally, resulting in a prolonged painful and distressing death.
All poisons are indiscriminate, meaning any creature that ingests the poison may be affected. Carcasses remain toxic so the carcass remains to poison any scavengers or creatures curious enough to peck at it.
1080 was first developed as an insecticide in the 1920s. Insects will die slowly, fluttering and writhing. A predator of insects such as native tomtits, fantails, moreporks and robins, will opportunistically be attracted to the dying movements of the invertebrate and consume the toxic insects. The birds then undergo a slow, cruel death.
NZ Leads in 1080
Consequently accidental poisoning of ‘non-target’ animals, including native species, does occur and the accidental poisoning of farm stock, pet dogs and cats can also happen.
Other countries have either banned or severely restricted the use of 1080 because of its indiscriminate properties and extreme toxicity.
It is estimated 90 percent of the world’s 1080 is dropped in NZ.
New Zealand  should be ashamed of its wilful animal cruelty.
Footnote:
(1) SAFE can be contacted via googling and then e mail. Donations are welcome. Phone:- 09 377 9898 or email help@safenetwork.org.nz.
(2) CORANZ will publish an opinion piece by John McNab debunking the official myth that possums are pests

© The possum – demonised by irrational “greenies”, governments and bureaucrats 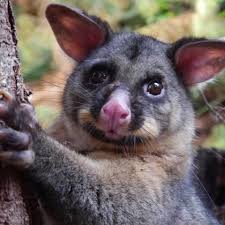