OSPRI – An Empire Built on a Fallacy?

Posted on 15-11-2020 by Guest
This article of views of the late Bill Benfield was published in 2016. Bill was co-chair of CORANZ (Council of Outdoor Recreation Associations of New Zealand) . Four years later they are still very relevant and the questions posed need answering by the new government and the new ministers of Conservation and Environment.
A Wairarapa conservationist has challenged the role of OSPRI (former Animal Health Board and now Operational Solutions for Primary Industries)) saying it was founded on a false belief and is a parasite on farmers and the tax-paying public.
Bill Benfield, author and conservationist, said New Zealand had wrongly built up a pest management industry based on the false belief that possum spread bovine Tb. That fallacy was exposed in the House by Minister of Primary Industries Nathan Guy on 12/6/2015, when he advised New Zealand First MP Richard Prosser as follows :-  the scientific uncertainties associated with determining the source of infection at the individual animal level and the resource required to do so mean that it is not considered an efficient use of time and resources to routinely make such a determination.” i.e. There is no epidemiological evidence linking possum to Tb in cattle, and OSPRI is not looking for it!
Fallacies
He said fallacies had continued to be spawned by bureaucrats and spun out to the public in press releases that were “simply propaganda.”
“New Zealand is Tb free by world yardsticks but even today OSPRI spins the line about the bovine Tb threat,” he said.
Bill Benfield explained the world standard for a country to declare “Tb free” is 0.2% for Tb infected herds and 0.1% for infected cattle.
“Recent information obtained by NZ First MP Richard Prosser showed New Zealand rates of Tb infection in cattle were slight, i.e. 0.0019% average over the last nine years. It is so far below that required by world standards for a Tb free declaration – that New Zealand must be one of the world’s most Tb free countries”.
Bill Benfield said it raised the question whether OSPRI had a continuing role in New Zealand’s agriculture?
OSPRI in Denial
Instead of celebrating New Zealand’s Tb-free status, OSPRI remained in denial and state their aim was total eradication of Tb and publicly advising they have achieved further funding from the Minister of Primary Industries. More cynically, said Bill Benfield it was probable OSPRI want to preserve its existence and jobs, funded for by taxpayers and farmer levies?
“If that is their ploy, I think sooner or later, farmers and taxpayers and the Minister of Primary Industries are going to see through this charade and want it stopped,” said Bill Benfield.
The operation of OSPRI was being run by a company with a multimillion dollar turnover, based upon a simple assumption, that Tb infected possum spread Tb to cattle.
“Even from the first discovery of Tb in possum near Westport in the late 1960s, no-one ever seems to have questioned whether the possum infected cattle, or cattle infected the possum, the default position has always been that it is possum that have infected the cattle. What probably began as a few civil servants getting some money from the then Ministry of Agriculture slowly morphed over time into a part of a growth program in the ministries bureaucracy.”
AHB Formed
This changed in 1993, when the Animal Health Board (AHB) was created. It was set up as an Incorporated Society whose primary function was to carry out the National Pest Management Plan (NPMP) for bovine Tb using powers granted it by the 1993 Bio-Security Act. By the later part of its existence, it was being funded to the tune of around $80 million a year, made up from farmer levies, taxpayer and ratepayer contributions.
Questions in Parliament by NZ First MP Richard Prosser to Minister of Primary Industries Nathan Guy revealed possums have negligible – virtually zero – infection rates. Of 9830 possums autopsied last year, none had Tb.
Bill Benfield said OSPRI was still conducting Email campaigns claiming that nearly half of all Tb infections in cattle are caused by possum.
Impossible Dream
He lodged a complaint with the Advertising Standards Authority (ASA) about false advertising by OSPRI. The complaint initially failed by a majority decision, but was upheld on appeal OSPRI’s claim that possum are a significant cause of Tb in cattle has been disallowed. However it was not enforceable in law and OSPRI was continuing to make their claims and have arrogantly said they would continue to do so.
Bill Benfield said the more he researched detail, the more bizarre the deception became.
“In the preparation of the appeal, it was also discovered that OSPRI’s science provider, Landcare Research, has for years been liberating large numbers of deliberately infected possum in the wild,” he said.
In any case total eradication to a zero incidence of disease is impossible. For that reason the World Organisation for Animal Health, an affiliate to the UN, sets the world standard for a country to declare “Tb free” at 0.2% for Tb infected herds and 0.1% for infected cattle.
“What zero means is the impossible dream. It is like “infinity” – where is infinity? Where is zero? Like infinity, how do know you’ve reached it? Do you have to go on forever, even after 2055, seeking a holy grail of zero, which is what OSPRI spokespersons want. More cynically, OSPRI wants jobs for years, paid for by taxpayers and farmer levies.” he said.
© The late Bill Benfield – OSPRI – an empire founded on fallacies 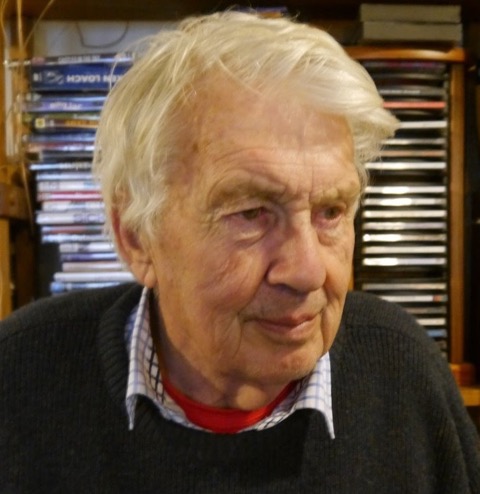 2 Responses to OSPRI – An Empire Built on a Fallacy?