“Pest” Wallabies Could Be Earning Money for NZ

Posted on 20-05-2020 by Guest
by Ben Hope
Wallabies given a dishonourable mention in government’s recent budget as a pest needing money to combat them, could be earning valuable local and export dollars money by way of meat and hides says a hunters’ environmental advocacy the Sporting Hunters Outdoor Trust.
The trust’s spokesman Laurie Collins of Westport, said the wild animals should be seen as a resource and in that way numbers could be heavily culled for wallaby-based pet food and meat for human consumption both in New Zealand and export markets such as Asia.
“The culture is wrong. Forget the word ‘pest’, think ‘resource’ and exploit them to manage and control,” he said.
Laurie Collins a former pest management officer for several years, said suggestions to use 1080 poison, immediately ruled out utilising carcasses as the poison remained in the meat.
“Besides 1080 kills anything and everything from insects, to birds and valued game species like deer and severely hampers farming operations as it’s toxic to dogs and sheep,” said Laurie Collins.
In Australia kangaroo and wallaby meat was sold in restaurants and used in burger outlets while wallaby meat was already being used in New Zealand in pet food manufactured by a Timaru factory.
Bennett’s wallabies from Tasmania were liberated in the Hunters Hills in the Waimate District in 1874 for recreational hunting. Numbers have grown and without controls have become a concern and on some properties damaging farm pasture, crops and fencing, native bush and forestry plantings.
Laurie Collins recalled that in 1961 when he was deer culling in Wanaka’s Hunter valley, he spied wallabies. From talking to the farmer, the wallabies had been there for decades earlier and had not exploded in numbers.
“I don’t deny there can be problems with excessive numbers but that’s what management is about, managing numbers in an environmentally friendly way and 1080 is not environmentally friendly, it’s ecological disaster,” he said.
Laurie Collins said in culling wallabies for marketing as pet food or meat to alleviate the over-population problem, the farmer would be getting a cash flow.
“It’s win-win, keeping wallaby numbers down and a bit of diversification cash-wise,” he said.
Laurie Collins said he was convinced the same thinking could be extended to other wild animals such as the possum. Possum fur currently was about $90/kg, about 20 times greater than crossbred sheep wool about $4/kg. However possum fur earlier in the year had been $140/kg abut 35 times the sheep wool value.
There was a tendency for Forest and Bird and bureaucrats such as Environment Canterbury and the Department of Conservation to greatly exaggerate wild animal numbers in order to justify terming an animal as a pest.
“Remember DoC and Forest and Bird’s 70 million possums?” said Laurie Collins who trapped possums for many years. “There never was even half that, i.e. 35 million.”
In 1994 a Landcare Research scientist described the 70 million possum figure as “the back of a cigarette packet calculation”.
Wallabies like possums both being marsupials are slow breeders, with just one young a year, born about February.
© Wallabies are slow breeders with just one ‘joey’ a year 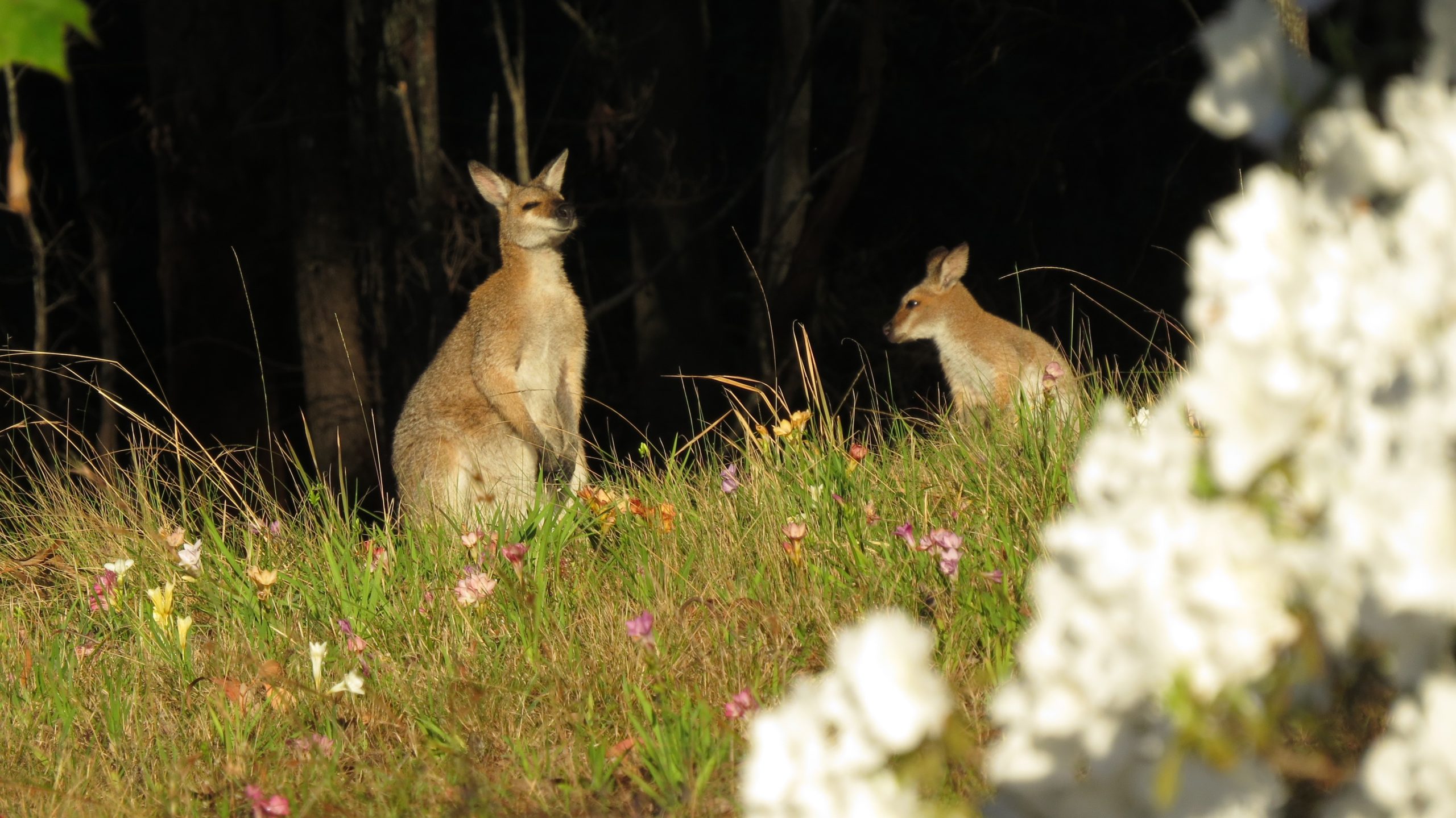