Police have pulled costs out of thin air to create its consultation document for increased firearm license fees, says the Council of Licensed Firearm Owners (COLFO).

“Police can’t substantiate what real costs firearm owners are being asked to pay for yet want to charge them up to 400% more.”

Section 81 of the Arms Act sets one of the criteria for cost recovery as ensuring the ‘relationship between costs of activity and fee are clear.’

“Instead, the document gives vague explanations for cost recoupment like ‘updating the Police database,’” says Devereux-Mack.

“Is this an hours’ work from an IT consultant or is this a full-scale overhaul of the system? We can’t tell, and the Police admin team probably don’t know either.”

Other absurd cost explanations include fees on a dealer’s license for ‘amount of regulatory effort required,’ and an ‘additional administration cost’ if Police decide a license fee is to be paid in instalments.

“The consultation document on stricter protocols for clubs and ranges invented problems to solve and introduced new fees for the paperwork thrust upon club officials.

“Police have discovered that stoking public fear of firearms allows them to force arduous compliance measures on firearm owners and charge them an extortionate rate for it.

“In this latest consultation they’ve even separated the fees for a firearms safety course, integral to getting your license, from the fees for the license application itself. This allows them to increase the fees for both and make more money.

“Firearms owners might not mind if that money went to an efficient licensing system and made New Zealanders safer, but with ballooning police response times and violent crime on the rise, it’s clear the New Zealand Police are focused on the wrong issues.”

“Police continue to create excessive bureaucratic processes that do not increase public safety.” 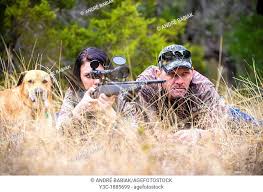