The Futility of Anti-Exotic Invasive Phobia

Posted on 29-10-2020 by Guest
by Tony Orman
In 1958, a Californian Professor of Zoology Dr William Graf, came to New Zealand on behalf of the Hawaiian board of Agriculture to study New Zealand’s wild deer situation. Hawaii was contemplating introducing deer but having heard of New Zealand’s “deer problem” asked Dr Graf to view the New Zealand experience first hand.
Dr Graf assessment angered government department bureaucrats such as those in NZ Forest Service because he emphatically rejected the notion of deer as pests and said an “anti-exotic animal phobia” was so entrenched that “much of the public as well as many government officials do not – and cannot – view the situation in an objective perspective.”
The “anti-exotic phobia” continued to be upheld by government policy. In 1993 the Labour-led New Zealand Government ratified the Rio-de Janiero Convention on Biological Diversity. In 1998 the Government adopted ‘halting the decline of indigenous biodiversity’ as one of its key strategic priorities.
Deer have, since the highly orchestrated “The Deer Menace Conference” of 1930, been largely regarded as pests – a view publicly  and loudly trumpeted by the extreme green group Forest and Bird. Only in recent decades have deer come to be partly accepted, but only because they attained an economic value through the advent of deer farming. Wild deer are still regarded by Forest and Bird as a threat to “indigenous bio-diversity.”
The view is as Dr Graf described, lacking objectivity.
The extreme anti-deer view is based on deer browsing foliage and grasses. Phrases such as “New Zealand’s vegetation evolved in the absence of browsing” are used as justification. But  this totally incorrect dogma turns a blind eye to the undeniable fact that vegetation evolved with widespread browsing by birds, most notably several or so species of moas.
Vegan Birds
Other birds are vegetarians. The kokako is.  Kea feed on more than 40 plant native and 20 introduced species. The New Zealand pigeons (kereru) eats fruits from native trees. They play an important ecological role by spreading tree seeds intact. While fruit comprises the major part of their diets, the New Zealand pigeon also browses on leaves and buds, both native and introduced, especially nitrogen rich foliage during breeding.
I have witnessed 50 or so pigeons in the Catlins dining on the introduced broom. And who hasn’t seen tuis in the introduced flowering gum trees?
And on deer, several scientists at a 1987 seminar “Moas, Mammals and Climate Change in the Ecological History of New Zealand” likened wild deer browsing to moa and other bird browsing. Landcare estimates (2001) the number of wild deer in New Zealand at 250,000. While it’s understandably a calculated guess, scientists such as the eminent NZ ecologist the late Dr Graeme Caughley put the moa population at “millions.” Scientist Les Batchelar at the Moas, Mammals and Climate Change” seminar boldly said between six and 12 million moa.
Yet introduced wild life species are looked at as undesirable and even “invasive”. It’s not just in New Zealand either. The crusaders make no mention of the harmful methods used to eradicate non-native species which often are pesticides (e.g 1080, brodifacoum).  But pesticide use can be damaging to the environment and other animals, killing invertebrate insects and birds which are native. At times with biological control, a predator is introduced to control or eradicate a perceived pest species with adverse side effects. Scientists in the USA in challenging the “anti-invasive species crusaders” pointed out Nature eventually achieves a balance.
“Exotic species are eventually integrated into the food web,” said one USA scientist. .
Hypocrisy
Above all, evident in the New Zealand bio-diversity debate is the sheer hypocrisy. After all humans, surely the most invasive of all species, introduced themselves to New Zealand firstly with the Maori about 1300 AD and then in the second wave in the 19th century, Europeans colonised New Zealand.
The first wave of Maori introduced the kiore rat and impacted on the natural environment by hunting the moa and other birds to extinction and burning large tracts of land. Europeans impacted greatly with clearance of native vegetation for farms.
But change is inevitable. It’s simply known as evolution. New Zealand now sits in a 21st century ecosystem. It’s time we recognised that and learned to live with it with care and foresight.
Footnote: Tony Orman, a conservationist, fisherman and hunter is a former town and country planner.
© NZ’s economy depends on introduced species such as sheep. “New Zealand now sits in a 21st century ecosystem. It’s time we recognised that.” 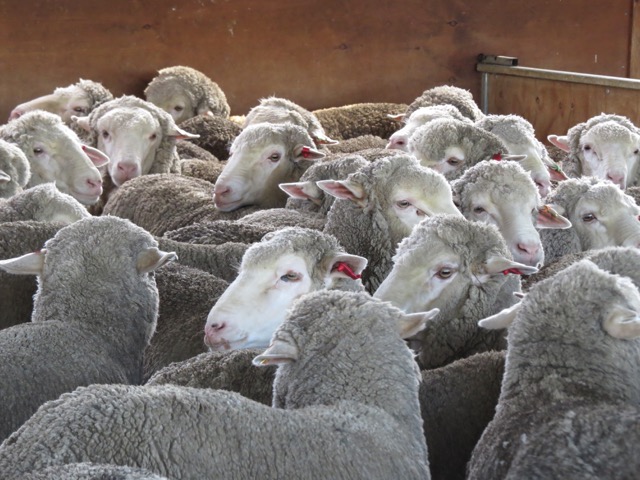 2 Responses to The Futility of Anti-Exotic Invasive Phobia