The Real Story Behind ‘firearms misinformation’

Posted on 18-01-2022 by Guest
COLFO Press Release
The public is in fear of firearm violence because of deliberate misinformation, but the real story is that the 2021 statistics on firearms violence are no different to the previous three years.
President of the NZ Police Association Chris Cahill has claimed that ‘gang tensions and rising gun violence are contributing to homicide rates’[1].
The real story is that homicide rates are the lowest in four years, and that firearms violence is not rising and is currently on par with the previous three years.
COLFO spokesperson Hugh Devereux-Mack says the public is being deliberately misinformed by people who should know better.
“Firearms violence did not escalate in 2021, which shows that Mr Cahill and others are stoking firearms panic for their own ends, such as promoting general Police arming.”
But Devereux-Mack says the fact that firearm violence has not changed at all is concrete evidence that the government gun buyback did nothing to increase the safety of New Zealanders.
Cahill has also falsely claimed that “we’ve never had a gun register since the 1980’s”[2].
“We’ve had a register for restricted firearms since 1920, which includes handguns and military style firearms. Yet this failed to stop gang members using pistols during a shootout in November last year[3]“
Devereux-Mack takes issue with Cahill’s claim that gun violence is a daily occurrence for police, as it gives the impression that criminals are pointing guns at police every day.[4]
“Over the course of June 2020 to July 2021, Police only had guns presented at them 24 times. Contrast this with the 388 times[5] Police presented firearms at members of the public in 2021, and Mr Cahill is presenting a very warped picture” says Devereux-Mack.
“Police aim firearms at citizens 16 times more than they have firearms aimed at them.”
“Additionally, quite often when Police encounter a firearm it turns out to be fake. Every time Police point a firearm at someone it’s real.”
Devereux-Mack says it is vital that we put a stop to the spread of firearms misinformation. He says policy or Police action influenced by such claims would be a disaster.
“Misinformation on such a serious matter is bad enough, yet it is made even worse because the false claims about the nature of firearms violence in New Zealand are being made by those in positions of influence.”
“If these claims were to inform policy decisions or the uptake of general Police arming it would be a disaster for the safety of New Zealanders” he says.
“Police on the streets with newly-acquired firearms, expecting to use them for protection and offense, would place all New Zealanders in danger.” 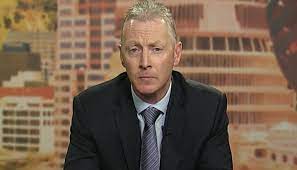 Cahill – misinformation?
This entry was posted in Home. Bookmark the permalink.

5 Responses to The Real Story Behind ‘firearms misinformation’