Wild Animals are Not Pests but a Resource to be Managed

Posted on 08-06-2022 by Guest
Opinion by Tony Orman
There should be no no place for the words ‘pest’ or ‘control’ in any discussion on wild animals.” So I wrote in my book “About Deer and Deerstalking” published in 2002.
”Instead the words ‘pest’ and ‘control’ should be replaced by ‘resource’ and ‘management’ respectively. Replace ‘kill’ with ‘harvest’.”
It is simply a matter of constructive attitude instead of a mindless, unscientific dogmatic stereo-typing of all wild animals, a doctrine that was spawned almost a century ago.
In 1930 the New Zealand government held “The Deer Menace Conference.”
Deer had been liberated fifty years before and naturally established themselves. The Acclimatisation Societies – the forerunner of today’s Fish and Game Councils – administered the deer hunting seasons. Such was the standard of trophies that the government saw immense tourist benefits with English lords coming “down under” to hunt.
Experienced deerstalkers like Jack Forbes warned of the need to carefully manage the herds. In 1913 he was advocating the selective culling of inferior animals from Otago’s red deer herds. He could see as other stalkers did, that animal numbers were in danger of exceeding the carrying capacity of the habitat – no good for the environment or the deer themselves.
But government were too mesmerised by the English nobility deerstalkers visiting the colony in order to stalk deer.
Psuedo-botantist
It was the perfect spotlight for a fanatical psuedo-botanist enthusiast ex-school teacher Dr. Leonard Cockayne to step in. The late Dr Graeme Caughley, eminent ecologist, in his book “The Deer Wars” wrote “Cockayne passionately hated deer and used every argument he could muster to urge their extermination.”
Dr Caughley, one of the world’s top ecologists in his time, described Cockayne in a nutshell when he wrote “When it came to deer, Cockayne could not think straight.”
Cockayne had no formal university qualifications says Bill Benfield author of the book “The Third Wave”. Cockayne was simply a school teacher turned gardener and plant collector. Yet by self-promotion and in sycophantic way associating with qualified botanists, he eventually received a Royal Society fellowship. Cockayne was the national president of Forest and Bird in 1930 and 1931.
Cockayne virtually ignored the fact that several million moas of several species, had browsed vegetation from alpine tops to coastal grasslands and forests. He inaccurately said “in the forests of primitive New Zealand, —-there were no grazing or browsing animals,” and dismissed moas as as of no consequence as  they ”would chiefly live in the open.” 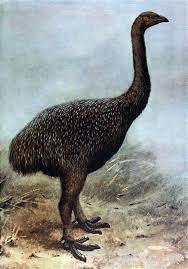 Cockayne Was Wrong
So the die was cast by the 1930 conference, master-minded by the obsessed zealous Cockayne.
Cockayne was grossly in error.
New Zealand’s original vegetation evolved over 50 million years or so and had evolved under intense browsing of forest, open and sub-alpine areas by herbivore birds among them the several species of moa – and before that herbivore dinosaurs.”
Dr. Caughley wrote “In Cockayne’s time almost all of the botanists had a psychological quirk that still afflicts a proportion of botanists today. Botanists are often deluded —-  whether indigenous or descended from introductions, herbivores are classified sub-consciously as parasitic despoilers.”
Dr Caughley’s description about “almost all of the botanists had a psychological quirk that still afflicts a proportion of botanists today” can be applied to the status of wild animals in New Zealand in 2022.
Wild animals are consciously or sub-consciously classified as pests.
It’s a subjective judgement – not an objective one.
Today Landcare Research is the centre of research, commissioned by agencies such as the Department of Conservation to do research.
Landcare Research’s publication “Kararehe Kino” is sub-titled “Vertebrate Pest Research” – not “vertebrate research” but “vertebrate pest research.”
That in itself shows the bias, the lack of objectivity and the pest dogma conceived at Cockayne’s “The Deer Menace Conference” in 1930, which still persists today – and is alive and well.
Landcare Research
Landcare Research is commissioned by departments or agencies to carry out research. It is “paid science.” and as such the research tends to lose its independence and arguably its credibility and integrity as a result.
Some scientists will be loath to “bite the hand that feeds it” by coming up with conclusions that would run counter to the client’s policies, wishes or philosophy. Scientists like in any human calling come in all “shapes and sizes”.
There have been some scientists who dared to stand up against ill-conceived policies. Scientists like Thane Riney who dared to suggest while employed with the Forest Service in the 1950s that deer were not the menace as painted by the 1930 conference. Dr Graeme Caughley a protege of Riney’s, also stood up for the integrity of his science.
But both frustrated by the Forest Service’s refusal to see the truth because of its mythical wild animal pest dogma left for overseas – lost to New Zealand’s science.
Since Riney and Caughley there was at least another who dared to stand up tall. He was the late Mike Meads who worked for DSIR from 1969, transferred to Landcare Research and was made redundant after completing a year long contract study for DOC on the effects of 1080 on non-target invertebrates of the forest floor at Whitecliffs, Taranaki in 1991.
Kangaroo Court
Mike Meads predicted that continued 1080 airdrops over New Zealand forests would “destroy much of the food supply of ground eating birds like the kiwi.”
Mike Meads warned that because 1080 – an insecticide originally –  wipes out many leaf-consuming insects and micro-organisms, the litter fails to properly decompose and builds up at an alarming rate.
When Mike Meads’ research conclusions came up contrary to DOC’s policy, the outcome was almost predictable. His paper was subjected to a “kangaroo court” peer review and he was made redundant.
But the Meads research at Whitecliffs had strongly, and bravely, made the point that 1080,  in “widespread aerial distribution can only have serious long term effects on forests and forest life with enormous risk of destroying the ecosystem.”
Mike Meads was no ordinary scientist. He was regarded as an authority on some of New Zealand’s rarer invertebrates, including the threatened giant wetas, published more than 100 papers in many New Zealand and overseas journals and delivered papers to international conferences in Australia, UK and USA.
Adverse Effects
But Mike Meads wasn’t the only scientist to warn of the adverse ecological effects of 1080.
1080 was first developed as an insecticide in the 1920s.
In 1989, DSIR scientist Peter Notman  found many insects, particularly subsoil leaf litter feeders, were highly susceptible to the systemic and contact poisoning effects of 1080.
The bureaucratic juggernaut ignored that and buried the research.
Landcare Research’s publication clearly implies by its sub-title of “vertebrate pest research” that animals within its page are pests. The front cover of issue 25 has a possum. Inside were pages on tahr, an animal that in the rest of the world is classed as “endangered.”  Past issues have featured wild deer as cover photos.
So do all Landcare Research scientists believe wild animals are pests?
One senior scientist at Landcare Research, Graham Nugent at a Department of Conservation workshop held in the mid-1990s on “Possums as Conservation Pests” expressed his views about possums. He said the oft-quoted figure of 70 million possums in New Zealand, “is frequently used to depict possum as a rapacious consumer of all things green.”
“But,” added Graham Nugent. “that implication ignores the trees’ daily foliage production of 300,000 tonnes for forests alone  – 7.5 million hectares x 15 tonnes wet weight of foliage per hectare per year.”
In simpler words, the fictitious number of 70 million possums would gobble only about 1/15th or 7 percent of the new foliage each night. 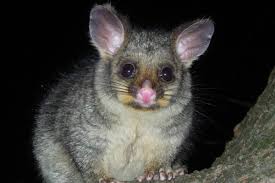 Back-of-a-Cigarette Packet Guess
Graham Nugent termed the 70 million possum “guess-estimate” by DOC as a “back-of-a-cigarette-packet” calculation.
He went on to say that possums do not threaten the total national forests by deforestation. For the bulk of New Zealand’s forest, the process is one of a change in individual species known as composition. There would be less of palatable vegetation species.
So the change is merely a structural forest change.
Similarly browsing by birds over 50 million years would have resulted in merely a structural forest change.
Groups have sprung up like Predator Free NZ. “Pests”, “invasive species” and similar are currently catch-cry words. Anything introduced may be “invasive”, certainly undesirable and unwanted.
Subjective and Selective
It’s strange as humans, sheep, dairy cows, potatoes and petunias are introduced. It’s all very conveniently selective.
So what’s this to do with the hunting public? Only that the pest philosophy gives life to widespread use of toxins and aerial blitzes on game animals, e.g. tahr.
One might logically think Landcare scientists would warn of the disruption to the equilibrium of the food chain by toxins.
All aerial 1080 drops for rats achieves – as shown by Landcare Research studies –  is within a few years, to explode rat populations to over three times their original number.  Stoats preying on the rats, next similarly explode in numbers with the banquet of rodents.
Management of deer, tahr, wapiti and others is far off while the present “pest” craze rages.
References:
The Third Wave by Bill Benfield, Tross Publishing (2011)
About Deer and Deerstalking by Tony Orman, Spring Creek Publishing, (2002)
The Deer Wars by Graeme Caughley, Heinmann Publishers,  (1983) 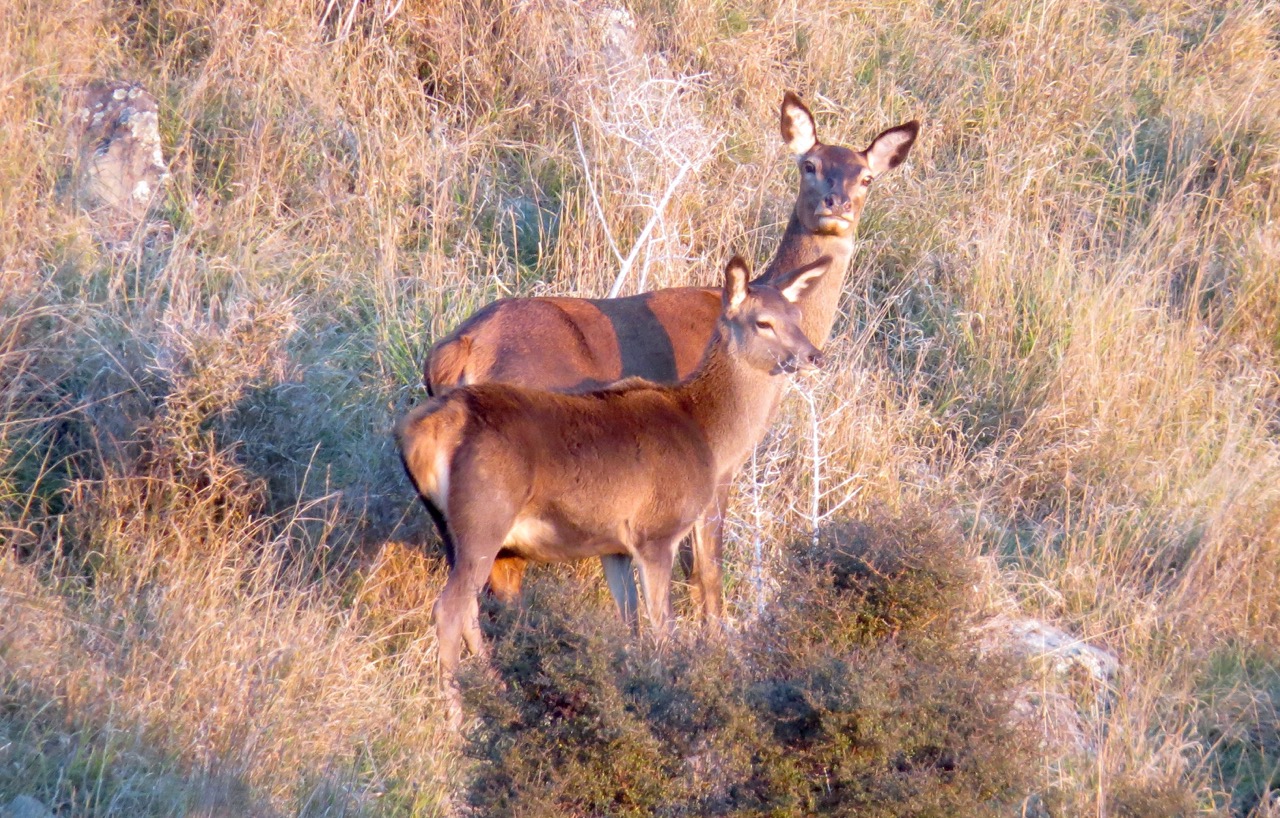