Wednesday, 9 March 2022, 6:07 pm
Press Release: COLFO
The “GunSafe” firearm data withheld from the New Zealand Herald for two years proves that the firearm confiscation following the Christchurch terror attack did not work, and the Government was wrong to act against licensed firearm owners. COLFO Spokesperson Hugh Devereux-Mack says that if the GunSafe data is correct, illegal firearms were never handed in by criminals.
“This data, withheld for two years, shows the buyback did not make New Zealanders safer. Illegally owned firearms stayed illegally owned, in homes and on the street, ready to be used. Licensed firearm owners were vilified for complaining about the buyback and rule changes, and were maligned in an infamous cover of the Police Association magazine,” he said. “Two years later the Police’s own data proves that we were right; a buyback would, as in every other country they have been tried, only recover the legal firearms, not the underground firearms that posed the real risk to everyone’s safety.” 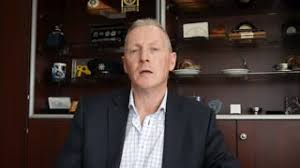 Chris Cahill – Police Assn., president
GunSafe data was promised to be public and easily accessible to help guide policy. Police Association President Chris Cahill originally praised the Police for creating what he called a “dashboard of stats showing the “firearms event” landscape for the whole country.”
Devereux-Mack says GunSafe data has been selectively presented and misused since it was created in 2019.
COLFO, the New Zealand Herald and many others frustrated at the misuse have had to turn to the Official Information Act to extract data from Police.
COLFO supports frontline officers and their work on operation Tauwhiro which is necessary to tackle criminal use of firearms said Devereux-Mack.
“This is where Police should be investing their efforts and not the administration of the firearms licensing system where police have clearly shown  that they are an inefficient disaster,” he said.