Posted on 07-01-2022 by Guest
Gun crime over 2021 was comparable to the previous two years, showing that the Government’s much vaunted $150 million dollar gun buyback in 2019 has not made New Zealand a safer place, says COLFO.
Police firearm data shows that there were over 900 firearm-related offences up until the last quarter of 2021[1]. This was on track to be slightly worse than the 1,142 firearms offences over the whole of 2020, which was the same as 2019, before the ban and buyback.
COLFO spokesperson Hugh Devereux-Mack says the high levels of firearm violence experienced in the latter part of 2021 is undeniable evidence that New Zealanders were not made safer by the buyback.
“The data proves that the firearm buyback was not the solution it claimed – because the problem of firearm violence has very little to do with licenced firearm owners.
The former Police Minister Stuart Nash claimed the 2019 buyback was a ‘success’ and said the ‘community is safer for it’.[2] Current Police Minister Poto Williams said in August 2021 that “[semi-automatic weapons] can no longer be used to cause harm in our communities.”[3] But just a month later, Police were still finding semi-automatic weapons in criminal hands[4].
Devereux-Mack says there are obviously many illegal guns still on New Zealand’s streets, and in the hands of the wrong people.
“It is beyond belief that Police ever thought criminals were going to hand in their firearms. The buyback only attracted firearms which were stored securely by compliant firearms owners, and not a threat to society,” he said.
At the time of the buyback, COLFO said the scheme was not working due to lack of clarity on the kind of guns which were illegal, and that Police had no way of knowing how successful it was due to not knowing the number of illegal guns in New Zealand.
“Now we’re down $150 million that could have gone towards initiatives that make an impact, such as an independent firearms authority, which the Government also reneged on in November last year. With the firearms registered also said to make New Zealand safer, the Minister and police must answer the question; How?” says Devereux-Mack. 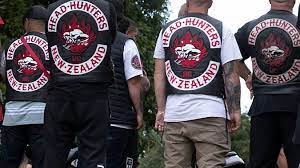