Posted on 05-01-2022 by Guest
by Tony Orman
If you go trout fishing, a landowner is not permitted by law, to charge you a fee to go fishing.
It’s all to do with “The Section 23 principle,” as I term it.
Section 23 is a part of the Wildlife Act prohibiting charging shooters for the right to hunt ducks, pheasants or quail.
Section 23 has its trout fishing counterpart in Section 26ZN Conservation Law Reform Act – no one, i.e landowner can charge a fee to go trout fishing apart from the usual annual licence fee paid to Fish and Game.
The wording of the act is very clear.
Subsection 1 of Section 23 of the Wildlife Act states that the sale of game and the sale of shooting rights is prohibited and  Subsection 2 says no person shall sell or let for fee or reward any right to hunt or kill game on any land or any water or any adjoining land.
Note on “any” land, which means anywhere in New Zealand.
The same prohibition of selling trout fishing rights exists in Section 26ZN of the Conservation Law Reform Act.
Equality
Those principles are dear to the egalitarian nature of New Zealand’s society. It embodies in law i.e. equal opportunity for all irrespective of personal wealth or ethnic background and in this case to shooting and fishing.
In other words hunting and fishing are public sports. The fish and game are public resources by law.
The reason for banning fishing and hunting fees began in the middle of the 19th century, when New Zealand was settled by Europeans. They quite deliberately abandoned the UK feudal society, where fees are charged and access to the best trout or salmon fishing, costs “big” money.
Only the wealthy “upper class” can afford the fees. The pioneers wanted a fair society in New Zealand, based on equal rights, where all sport – and including the best fishing and shooting – could be enjoyed by all.
There would be nothing of the UK situation where only the wealthy could afford the fees necessary to fish the spring creeks or the best trout or salmon rivers or to shoot pheasant or a red deer stag.
The principle is that anyone, regardless of race, income or class could enjoy outdoor sports such as fishing and hunting.
To reiterate, that principle is defined in fishing and hunting law where the sale of trout fishing and duck shooting rights is prohibited by law.
However in recent decades there has been an erosion of these freedoms  and what is in essence, the public nature or ownership of the outdoors.
Self-interested entrepreneurs come in many forms. There have been the trout fishing guides who pay the landowner a sum of money for “exclusive access”. Indeed some web-sites on the internet have advertised “private” and/or “exclusive” water for trout fishing.
The reality is unless you pay the guiding sum, perhaps $1000 or more a day, you don’t get to fish those rivers. Those exploiters argue with glib tongues, “Oh it’s not the fishing we’re charging for but the access to it.”
It’s weasel wording that creates such an argument and a loophole in the law.
Some 50 or so years ago – yes about 50 years ago –  I wrote articles in the “NZ Outdoor” advocating closing this loophole by inserting three little words “or access thereto.” In other words a landowner should not be able to charge for the right to fish or  walking access to fishing.
In recent years there have been blatant challenges to current law that indeed very arguably, amount to erosion of the law.
Pheasant preserves
I refer to pheasant game preserves where a licence holder may pay towards $1000 a day and me in some cases, to shoot pheasants. Several have been set up. But the big question is, do game preserves contravene that Section 23 of the Wild Life Act?
Obviously  an accurate legal opinion would be the answer and so logical. However the council of Fish and Game NZ voted against getting a legal opinion. Fish and Game NZ spokesmen publicly praised pheasant preserves.
Why  decline to do the sensible, logical thing?
Frankly I don’t know why they rejected the logical course. I was puzzled and dumbfounded!
Sir Geoffrey Palmer constitutional lawyer has in more recent times advised Fish and Game pheasant preserves are unlawful. He recommended adding those three little words “or access hereto” to close the loophole that exploiters’ weasel wording  dodged.
But hold on, it’s not just Fish and Game NZ’s stupidity. There is a watch dog in the Minister of Conservation and the Department of Conservation. Under the Conservation Law Reform Act which set up fish and game councils, the department vets regulation changes and the minister approves them.
That DoC watch dog system failed or ignored the contravention of Section 23 of the Wildlife Act.
The same moves are happening in trout fishing.
One report some years ago, from the Wellington Fish and Game Council “has identified large portions of two of the North Island’s most famous and productive trout fisheries-the Mohaka and Rangitikei rivers – as more than 50 percent privately captured or potentially so”, said Dr Margaret Williams, Wellington Fish and Game councillor and Fish and Game NZ councillor.
“Additionally there are myriad other streams potentially captured and some presently captured.”
Margaret Williams cited other cases in the Central North Island and the “entire Taharua River within Poronui Station and significant portions of the Taruarau within Ngamatea Station (Inland Napier-Taihape road) are examples of this.”
Margaret Williams regarded Fish and Game as ”slow and reluctant to act upon—this pointed and accelerating threat to a treasured New Zealand tradition” of the free and unfettered right to go trout fishing.”
Margaret Williams’ concerns seemed to go nowhere. 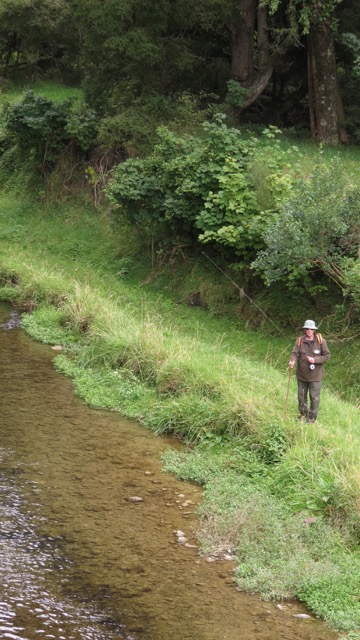 NZ ’s European settlers ensured all trout fishing would be available to all and not a wealthy elite as it is in the UK
Questions
There’s a host of questions buzzing around.
After all are not Fish and Game by law, the legal guardians of the public nature of fishing and shooting?
The answer is yes. So is the Department of Conservation as the statutory watch-dog.
How is it then that Fish and Game NZ at a meeting (August 21, 2020 )agreed to allow pheasant preserves and are caving in to trout farming?
My answer is sorry,  I don’t know!
Indeed, have come to believe Fish and Game have become over the last two decades oblivious by either ignorance or design, to its obligations under the Act.
Now the Department of Conservation is meant to oversee shooting regulation changes. Surely they would have picked up the contravention of Section 23 of the Wildlife Act?
The answer is yes they should have. They failed.
Should Fish and Game NZ have allowed game preserves to come into being in the face of the law and a century of non-commercialised sport?
The answer is “No they should not have” but they seemingly did.
Well what’s going on? What’s the agenda?
Answer: I don’t know what’s going on because it’s all too often behind closed doors and discussed “in committee”. It shouldn’t have been in my opinion. After all any big company such as Fonterra, AMP, Brierley’s go back to shareholders and ask for the “okay” on any major change of policy. I believe Fish and Game NZ failed to consult their shareholders (shooting and fishing licence holders ) on a major, major change of policy.
Close Loophole
What about closing that loophole by adding three words “or access thereto” to prevent exploiters?
Well since my articles in the “NZ Outdoor” some 50 years ago, and decades later, Fish and Game NZ commissioned constitutional lawyer Sir Geoffrey Palmer to prepare the necessary amendment to the laws. That happened years ago but inexplicably it was left to gather dust.
Indeed that Palmer Amendment is the solution.
Close the loophole and then it’s 100 percent clear cut to take a case against anyone preventing Joe or Josephine Angler being charged to go fishing – or to shoot a pheasant or duck.
In fact the issue is tied up directly with public access to the outdoors, for not only trout anglers but deerstalkers and trampers.
Fish and Game NZ, it seems, have thrown 100 years of public tradition out the window. In bizarre fashion by “okaying” game preserves they have arguably contravened the law, i.e.  Section 23 of the Wildlife Act.
However if game preserves and fishout pond proposals are an indication, the basic agenda is commercialisation, flying in the face of 100 years of public access and clear intent of law.
Well questions need to be asked and answers demanded in lieu of Fish and Game NZ telling its shareholders (licence holders) very little or nothing .
Ask questions yourself of your fish and game council if you are a fishing or shooting licence holder. You may even alert your MP or write to the Prime Minister. After all we’re meant to live in a democracy.
Remember if commercialisation of game shooting and trout fishing sees the demise of public and free access, then the public ownership of trout (and game birds) will slide down the toilet.
In fact it’s teetering on the toilet rim now.
But at the present, moves are being made to privatise game bird shooting,  and trout fishing. It is a move totally in the wrong direction to that ideal world.
It is an erosion of the public ownership of fish and game.
What should be done?
Implement the law of Section 23 and Section 26ZN as it was clearly intended. Insist the laws’ loophole be closed as per the Palmer Amendment. 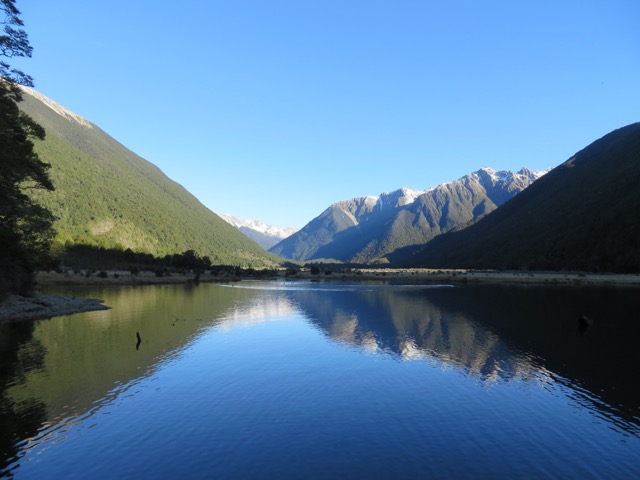 The pioneer settlers quite deliberately abandoned the UK feudal society, where fees are charged and access to the best trout or salmon fishing, costs “big” money. But that has been under attack by moneyed interests aided by inertia by authorities

10 Responses to Access- “Three Little Words” Languish Due to Inertia