Posted on 10-05-2022 by Guest
A recent government announcement that it will spend an extra $ 562 Million on the police with $208 million allocated to setting up a new register of firearms is doomed to failure says the Sporting Shooters’ Association of  NZ (SSANZ).
The government announcement said “Much of the money is focused on firearms, with $208m being spent establishing a new Firearms Business Unit within police, that will oversee the new Firearms Register.“
The government’s stated reason for the firearms register was because “we don’t know how many firearms there are in New Zealand”.
But SSANZ’s president Chaz Forsyth says “We never will know, because while law abiding citizens may register their firearms the criminals who use them to cause mayhem in our communities, never will.”
“Effectively the government is spending $208 Million on an attempt to satisfy their curiosity that is doomed to failure,” says Chaz Forsyth. “As has been demonstrated in other jurisdictions gun registers have been proven to be ineffective in solving crime, so how will an expensive register make New Zealand safer, at a time when so many Kiwis await elective surgery and cancer treatment”.
Errors Abound
It is well known in the firearm community that the existing register of handguns and restricted weapons is riddled with errors and that only covers about 7,000 licence holders.
“So how accurate will the new register be when it has to cater for all the firearms of 242,000 licensed firearm owners?”
Problem Ignored
The government is spending $ 208 Million on law abiding licensed firearm owners who are not a problem, while spending less than $100 Million ($ 94.5 Million) on organised criminals, who are the problem.
“Where is the logic in that?  Just imagine the difference that could be made to the safety of the public, and police, if all of that money (more than $300 Million) was spent on dealing with the gangs,” he says.
Contact: SSANZ – Chaz Forsyth. Phone 027 473 8318 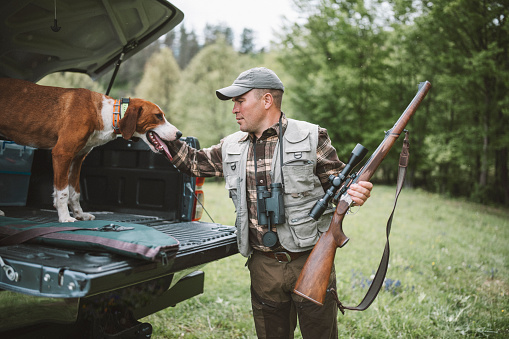 © “Law abiding citizens, like hunters, may register their firearms but the criminals who use

them to cause mayhem in our communities never will.”
This entry was posted in Home. Bookmark the permalink.