Posted on 12-05-2022 by Guest
by Dr Jo Pollard (BSc (Hons), PhD)
Supporters of NZ’s conservation by aerial poisoning have commonly defended their position with the statement “Look at the science.”
Most of the published science on conservation in NZ is accessed readily, appearing in the NZ Journal of Ecology (NZJE). A browse through the issues from the last couple of years reveals glimmers of hope for ecological management, plus some not so nice things. The following is a quick run through.
Freshest news from Landcare is the observation that ship rats climb up and carefully drink nectar from mountain flax flowers; their furry faces probably transferring pollen between flowers (Donald & Dhami, 2022).
Landcare is now thinking rats might compete for nectar and pollinate “on a widespread and under-appreciated scale.”
Also from Landcare is “Do mice matter?” (Watts et al., 2022). It concludes they do.
When other mammals were fenced out of a reserve, mouse numbers rose and apparently reduced numbers of wētā, caterpillars and other invertebrates, potentially having “catastrophic” effects. Then when the researchers got rid of the mice, unexpected things were noted: non-native earthworms seemed to move into the depleted ground faster than native earthworms, and an extremely high number of beetles appeared in one area.
Stoats and Rats
Studies of alpine-dwelling stoats by researchers from several organisations (McAulay et al., 2020; 2021) supported previous findings that rats are stoats’ preferred prey. Fifty-five stoats were caught in traps laid above the tree line in Fiordland, Mt Aspiring and Nelson Lakes national parks. Stomach contents and stoat tissues were analysed to find out what they had been eating.
At the Fiordland and Mt Aspiring sites the stoats were living on small mammals (e.g. rats), topped up with insects and plant material. There was no bird material in their stomachs, and it was estimated that long-term, small birds made up less than 2% of the diet. In contrast at Nelson Lakes (where there were no rats) stomachs contained small birds (estimated as 15 -26% of the long term diet) and also skinks (19-57%).
The authors warned that when and where ship rat numbers are low, stoats are more likely to eat threatened species. Also that individual stoats have their own feeding habits, so generalisations cannot be made from narrow observations.
On islands where introduced mammals have been eliminated, things have turned out badly for several bird species. Miskelly et al. (2021) (from Te Papa Museum and the Department of Conservation (DoC)) studied birds on 38 Fiordland islands, where Norway rats or stoats were removed several decades ago. Seven islands left unmanaged provided an experimental control. In the absence of rats or stoats, robins have flourished, seemingly aggressively ousting other species, including grey warbler, silvereye and tomtits. 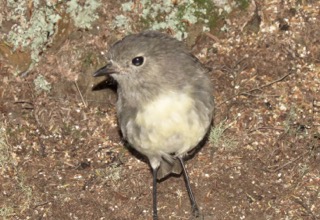 “Robins flourished—ousting other species”
The authors warned that killing off predators to achieve “restoration” can cause declines and disappearances of native bird species.
So far then, it seems much is being learnt about ecology that challenges NZ’s Predator Free conservation goal to wipe out mustelids, rats and possums (Predator Free, 2022).
Many Questions
There are many questions: how to deal with increasing mice, once their predators have been killed off; how do our long-naturalised mammals fit into current ecology; what about the results from the Fiordland islands, where it appears that taking away the introduced predators reduced the diversity of birds?
Also challenged within these first few papers is DoC’s insistence on aerial poisoning of alpine zones, to “protect” rock wren and kea from stoats. The stoats are likely to not be eating any birds! Plus the poison is toxic to birds and a very broad range of other creatures. It is not reliable in controlling stoats which shift to eating birds if their rat prey is gone. So the alpine animals may suffer a double-whammy: poison, then hungry stoats. DoC’s idea that stoats must be killing off bird species comes from hunted down, marked and monitored nests. But the monitoring itself makes the nests prone to desertion and predation.
Contributions from DoC to the latest NZJEs include an addition to a large pile of studies on nesting and survival of rare birds wearing radio telemetry gear (Steffens et al., 2022). This gear, ironically, makes birds much less likely to nest, markedly increases energy expenditure and causes fatalities.
Something seems amiss in the animal ethics screening of DoC experiments.
Attempts to improve monitoring appeared in the University of Otago’s study on robins, whose nests were observed from a distance to avoid disturbing them (van Heezik et al., 2020), and trials by various researchers on remote monitoring of kiwi, using their calls (Jahn et al., 2022; Ellis & Marsland, 2022). The latter authors had animal welfare and other concerns about the transmitters DoC routinely uses on kiwis’ legs.
As with DoC, a lack of ethical oversight was apparent in a study from Zero Invasive Predators (ZIP). Nichols et al. (2022) killed 20 rats by feeding them 1080-poisoned food, to make bait for stoats. Since, there has been a change: now they humanely kill their rodents then make them poisonous by injecting them with 1080.
Many articles concerned aerial poisoning using 1080 (sodium monofluoroacetate).
Bomans et al. (2021) from Victoria University monitored bird calls before and after aerial poisoning operations realising however that calls did not reflect bird numbers, because survivors might call frequently, e.g. for mates. Dilks et al. (2021) (from DoC and Lincoln University) used trail cameras, baited with rabbit meat and an egg, to record animals before (spring) and after (summer) an aerial poison operation. With no experimental control they could not conclude much, except that all common small mammals were seen far less afterwards. Morriss et al. (2021) (mainly Landcare people) “gathered observations” on deer mortality rates after aerial poisoning, which were highly variable and it was concluded formal research was needed.
Rats Rebound
Two studies demonstrated the classic rat population response to aerial 1080 poisoning, with numbers rebounding within several months and reaching higher levels than before poisoning began (Bell et al., 2021 (mainly people from DoC); van Heezik et al., 2020 (mainly from Otago University)). To gain better control, Nichols et al. (2021) from ZIP aerially poisoned twice a few months apart, spreading baits at extra high density, and managed to nearly get rid of all rats, stoats and possums. Monitoring of any other creatures’ survival was only “incidental”; a grave omission since the authors propose this super-poisoning might become more common as NZ strives to become Predator Free.
Rats are especially well equipped, through their lifestyle and physiology, to withstand a 1080 poison war.
An oncoming weapon for beating nature is genetic modification, and there’s no shortage of interested parties lining up.  Inwood et al. (2020) are people from Scion, Landcare, the Environmental Protection Agency and four universities wanting to work on topics such as gene editing to make rats infertile. That idea had been put to bed by a NZ Royal Society review (Dearden et al., 2017) as too dangerous, because modified rats might escape to overseas ecosystems where rats were actually important!
Habitat Importance
Encouragingly, Walker et al. (2021a; 2021b) from Landcare stressed the need to preserve habitat, stating its loss and modification “is a principal, ongoing cause of indigenous biodiversity decline.” Echoing this was Landcare’s study on kereru, for which forest seemed to be a limiting factor (Carpenter et al., 2021).
Long ago, ecologist Dr Carolyn King pointed out “conservation of species is conservation of habitats”.
How good things might have been if DoC’s head scientist Graeme Elliott had listened to Dr King and focussed his career on the observation that mohua, needing tall forest trees on valley floors, were suffering from habitat loss. Instead, stoats were blamed for the mohua’s decline, leading to rampant stoat trapping, followed by rats getting out of control and eating the mohua, then the onset of aerial poisoning to quell rats.
Perhaps the Predator Free movement might yet face up to ecology.
Unfortunately, as restated in the NZJE (McGlone et al., 2020) there is a history of dysfunction whereby conservation management in NZ has departed from science.
The science indicates a need for careful studies and saving habitat, rather than mindless interference and indiscriminate poisoning.
Footnote: A fully referenced copy of this article is available at:
https://1080science.co.nz/a-look-at-nzs-conservation-science/ 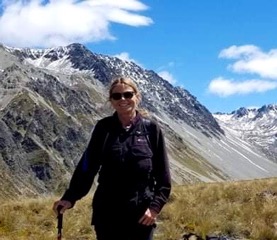 5 Responses to A Look at New Zealand’s Conservation Science