Australian Crime Up in Face of Firearm Confiscation

Twelve months since law abiding firearm owners in Australia were forced by a new law to surrender 640,381 personal firearms to be destroyed by the government –  a programme that cost Australian taxpayers more than $500 million dollars – crime has jumped.

Reports indicate Australia-wide, homicides are up 6.2 percent, assaults up 9.6 percent and armed robberies are up 44 percent.

State-wise,  Victoria’s homicides with firearms are now up 300 percent. One commentator said “it should be noted that while the law-abiding citizens turned firearms in,  criminals did not and criminals still possess their guns.”

While figures over the previous 25 years showed a steady decrease in armed robbery with firearms, this has changed drastically upward in the past 12 months, since the criminals now are guaranteed that their prey is unarmed. There has also been a dramatic increase in break-ins and assaults of the elderly, even while the resident is at home. Australian politicians are at a loss to explain how public safety has decreased, after such monumental effort and expense was expended in ‘successfully ridding Australian society of guns. 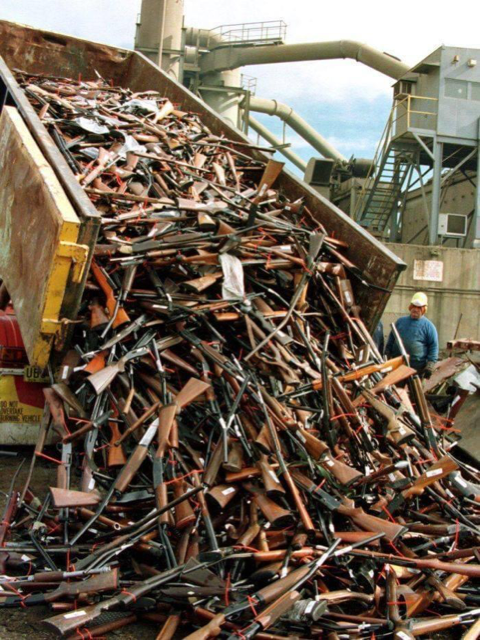 6 Responses to Australian Crime Up in Face of Firearm Confiscation