Posted on 19-01-2021 by Guest
Opinion by the late Jolyon Firth
Jolyon Firth was a  Deputy Mayor of Auckland in the 1980s. His obituary in 2008 described him as affable yet out spoken who once publicly called the then Prime Minister Rob Muldoon as gutless and the Muldoon government as incompetent. A reader sent CORANZ the opinion piece below by Jolyon Firth. As many decisions regarding the environment and rivers are made by local councils, Jolyon Firth’s opinion piece is reproduced below. Since he wrote it – obviously before 2008 – the dominance of bureaucrats in local councils has increased.  How applicable is it to today?

There is a moment immediately after the council elections every three years when local government bureaucrats don’t want people to realise what is going on.

This when Officers in each Council try to get a quick rubber stamping of Standing Orders and the Manual of Delegated Authority by unsuspecting Councillors who are largely unaware of the contents or the implications of what they are endorsing.

The real effect of this delegation is an unspoken message from the officers which says: because from now on it is all our prerogative.

When they delegate their powers to Officers, the Councillors abdicate the authority they have been elected to exercise, but which is nevertheless essential to their responsibility and accountability. By approving the delegation, they neuter themselves and all whom they elected to represent.

In one fell swoop, their personal integrity and freedom of thought and action are subsumed into the bureaucratic morass. They become nothing more than obedient servants of the System and the bureaucrats who manipulate it.

They are told by the bureaucrats that their job is to set policies and that the rest of Council activities belong to the Officer. The policies themselves are almost always written by Officers and are then put up as reports for approval of the Councillors.

Those reports invariably include a set of Officers conclusions and motion

“ That the recommendations contained in the report of the Officers be adopted.” Rubber stamping again occurs.

Once policy is adopted, its implementation by the bureaucrats in then able to be treated by them for as being outside the sphere of influence of the Councillors; no matter how badly it is being implemented or whether its acts adversely on the lives of the citizens. Reporting to Council committees by Officers of their actions under delegated authorities is keep to and absolute minimum. 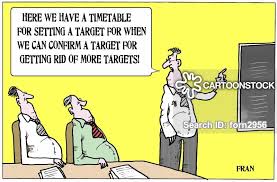 All of this can be described as is ‘ Bureaucracy Rampant ’ The bureaucrats reign supreme. Over the years they have designed, refined and protected

‘’ The System’‘ to ensure that their supremacy continues and grows, as does the size of their incomes.

In addition to continuous and often subtle encroachment by the bureaucrats various acts of Parliament over the years have added to the powers of the System.

The elected Councillors are often the bystanders; watching helplessly what is being done in their name, and then being made to face the public and take the roll of stand-up apologists whenever bureaucratic foul ups occur.

There was a time when the law was designed to provide a guard against political interference by Councillors. Now the whole balance has changed.

Intervention into the rights of individuals and disdainfully treating elected representatives as necessary nuisances have become the mind set and order-of the day for the unelected bureaucrats who consider they are answerable only to themselves and to their System.

This is all allowed to happen because at this time every three years. The elected representatives in the name of delegation allow themselves to be made victims of the bureaucratic castration process. The other victims are the electors who are blissfully unaware of the nature of the abdication that has taken place.

Pliant politicians, obeying the bidding of their bureaucrats become mere servants, If they are the servants, what then is the status of the electors who are the ultimate clients of the System? 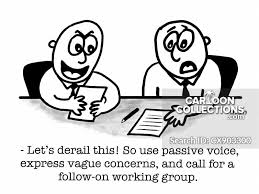 When the newly elected Councils vote at this time to hand over their powers to the System, the Mayors and Councillors will instantly make themselves little more than puppets who are dangled on the of the bureaucratic string by the bureaucratic puppet-masters who will for the next three years will be able to continue to treat them as servile rubber stamps.

Is that what the elector voted for?

There is an immediate answer to the problem. It can happen right away. Those elect Mayors and Councillors who have the fortitude and the integrity to take command must take charge of what they were elected to do.

Their very first task is to reject any immediate and permanent endorsement of the Standing Orders and the Manual. Anything they approve must be on a interim bases only; and have a “sunset clause” period such as three months, after which the approval will expire. During this time the councillors will be able to study and clearly understand what they will thereafter finally agree to delegate.