The following press release of the Environmental Defence Society was made in February last year when the “price of carbon had soared to over $60 per tonne.”. The price of carbon is currently at $76 per tonne.
The Environmental Defence Society (EDS) is calling for an urgent reset of New Zealand’s Emissions Trading Scheme because of the way it is driving a massive expansion of carbon farming across landscapes. The price of carbon has now soared to over $60 per tonne.
“Vast swathes of the countryside are being bought up by foreign companies for conversion to large scale pine plantations, principally driven by the increasing price of carbon. This is a perverse and unwanted outcome driven by short-term expediency,” said EDS CEO Gary Taylor.
“It is important to sequester carbon but it’s also important to continue sustainable farming and food production on suitable land.
“Pine forests provide poor habitat, are a biosecurity and fire risk, produce massive slugs of sediment that pollute rivers, streams and estuaries at harvest and degrade landscape values at an industrial scale.
He described it as “a  blinkered response to the need for short-term sequestration”. There is need for a home-grown solution to the conundrum. Many of the large-scale conversions are foreign investors whereas most Māori landowners are looking to indigenous forests as the preference.
Biodiversity Crisis
A robust response to climate change is important said Gary Taylor. However there is a biodiversity crisis as well, internationally and in New Zealand.
In New Zealand there are over 4000 native species of plants and animals at risk of extinction.
“That is another crisis that cannot be ignored.”
An enlightened approach is needed. Where land is converted to forests, there is a need to incentivise permanent native forests which will sequester more carbon over time than exotics, restore lost habitat, lower fire, and biosecurity risks, reduce sediment runoff and significantly enhance landscape and biodiversity. Native forests are New Zealand’s unique solution.
Tragedy
To prevent the tragedy of many thousands of hectares being lost to plantation forestry, there is an urgent need to join-up policy solutions which embrace climate, biodiversity and food production imperatives.
“The way to do that is to either adjust the ETS settings to create a premium price for natives or create a parallel incentive program to create a hybrid biodiversity and carbon farming package. There is an urgent need to make progress here.”
The final part of a policy shift should be to tighten up the rules governing plantation harvesting.
Sediment
Sediment is the biggest pollutant. Yet New Zealand’s present regulatory settings allow 19th century methods of harvesting – large-scale clear felling when other countries require coupe or compartmental harvesting to reduce environmental impacts.
“A fix there would require commercial forestry to meet its full environmental costs and responsibilities and further shift the dial towards permanent natives with their vastly superior outcomes,” said GaryTaylor. 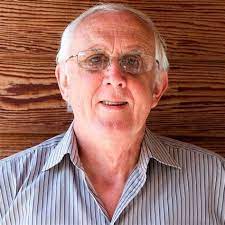 1 Response to Carbon Farming with Pines Bad for Environment