The Council of Licensed Firearm Owners (COLFO) says the new Police Minister, Chris Hipkins, should ask the Police for evidence on how gangs are obtaining firearms. Research previously released by COLFO from Police intelligence reports shows Police have no idea where criminals get 82% of their firearms.

COLFO Spokesperson Hugh Devereux-Mack says it’s been shown that gangs are obtaining their firearms by importing them, through home manufacture, or out of the pool of tens of thousands of illegally-owned firearms not handed in during the 2019 gun buyback.

“We know gangs have smuggled guns into the country with drugs, and Police have seized home-manufactured firearms from criminals. Gangs have a pool of guns they never handed in during the buyback, and if they do want more it’s as easy as buying a 3D printer or adding a couple to the next drug shipment.” 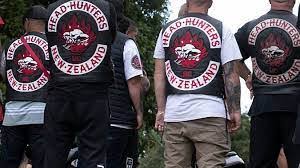 Additionally, a recent investigation by the National Organised Crime Group found that a man believed to be a patched member of the Head Hunters allegedly purchased guns for gang members despite having his firearms license revoked.

“Police said the man still had his license card, which he used to buy the firearms. It makes you wonder how many other gang members still have them due to sloppy firearms administration from Police.”

Deveruex-Mack says it’s obvious Police are not telling the Minister the full story, and COLFO will continue their best efforts to advise the current Police Minister of the real situation.

“COLFO wrote a letter to previous Police Minister Poto Williams in September 2021 to advise her that it had discovered Police cannot find the source of 82% of the firearms it seizes, and provided evidence that showed only 6% of seized firearms came from legal owners, with 4% being stolen from legal owners.”

Devereux-Mack says the Minister has also been ill-advised that a firearms register will solve the problem, as the serial numbers the register relies on are almost invariably removed on firearms seized from gangs.

“COLFO revealed from an OIA request that Police have admitted source tracing of firearms is very difficult where seizures of firearms from gangs almost invariably have serial numbers removed.”

Devereux-Mack says the evidence shows Police have little basis for the claims they have briefed the Police Minister on, but recognises that Police failings to enforce law and order on gangs ultimately means they turn to licensed firearm owners as an easy target.

“Again, Police are choosing to target licensed firearm owners because our community of law abiding, vetted citizens is the easiest place to look. We hope the Minister seeks more answers from Police and ensures their efforts are put in the right direction.”

In the decade of 2010-2020 the number of seized firearms was approximately 13,000. Based on the numbers from a 2015 study reported in Police intelligence summary reports 2015 (Firearms and Organised Crime: Illicit Supply, Possession and Use) and 2016 (Firearms Availability in New Zealand), about 780 would have been provided by licenced owners. OIA responses from Police show that about 300 (2%) of illegally owned firearms that police seized were found to be stolen, and were returned to their owners. Over the same 2010-2020 period there were 6,000 firearms stolen from approximately 2000 licenced owners – not even half of those were seized, showing criminals still have a large existing pool of firearms. It is clear from the number of firearms being stolen, and those recovered and identified as coming from LFOs, that there are tens of thousands of firearms illegally possessed, and most must not have originated from LFOs.

5 Responses to COLFO Worried Police have Misinformed Another Minister