Posted on 29-09-2022 by Guest
by Jem Traylen of “Business Desk”
(abridged)
Fisheries minister David Parker is blaming public mistrust in the quota management system for withdrawing an important part of a reform package being considered by parliament.
In a move that blindsided the fishing industry, Parker removed the part of the Fisheries Amendment Bill that would have enabled streamlining of the process for setting the total allowable catch (TAC) for a fish stock.
In response to a campaign by recreational fishing lobby group Legasea, thousands of public submissions were received asking for these provisions to be removed from the bill.
The Primary Production select committee tightened the provisions by specifying how the pre-set rules would be made and imposing a five-year time limit on them.
However, Legasea was not satisfied with the changes and continued to campaign with environmental groups for the provisions to be removed altogether.
A Legasea spokesperson said the rules would cut off the “three prongs of the current protection framework”.
“These are the public submissions process, the separation of commercial allocations and non-commercial fishing allowances, and ministerial discretion that enable David Parker to make a series of conservative decisions to sustain and restore marine life.”
Green MP Eugenie Sage sided with Parker, saying the public had a strong view that MPI has been “captured” by the fishing industry, a perception she said would only be worsened by decisions being made behind closed doors. 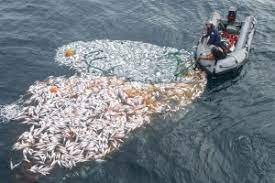