The effects of the herbicide spraying becomes obvious just past the old, corrugated-iron musterers’ hut, with its tack shed and veranda. Scattered among grasses at the southern edge of Lake Emma in Canterbury’s Hakatere Conservation Park lie dead exotic Scotch broom plants, while, nearby, the tougher sweet brier is re-sprouting. But as Canterbury Regional Council ecologist Philip Grove and his colleague Mike Marr, a resource management investigator, pick their way along the 500-metre-long sprayed area, there’s evidence of what Grove calls “non-target spray damage” to native shrubs, matagouri and Coprosma propinqua. According to documentation, there was both aerial and ground spraying.

Further on “it appeared that native shrubs were the target of spraying”, according to Grove’s notes from the visit to the Hakatere – around the Ashburton Lakes district, between the Rakaia and Rangitata Rivers –on November 25 last year. In one area, hundreds of native plants have been sprayed and killed with no woody weeds nearby. “In fact, lower down the slope from sprayed natives were number of healthy, unsprayed Scotch broom,” Grove writes.

“It really did appear that the operator had ‘gone rogue’,” Grove writes. “And by the end of the run (at the northern end of the spray affected area) was simply spraying any woody vegetation and bracken within range, and that exotic Scotch broom and brier shrubs were no longer the target.”

Weed control is important on conservation land, lest exotic species take over or dramatically alter the character of landscapes or ecosystems. But care must be taken to ensure the protection of native plants and habitats. ECan’s investigation at Lake Emma was prompted by a routine visit by Department of Conservation staff last September. They were so concerned by the spraying – and its proximity to water – the local operations manager Duncan Toogood inspected the damage personally and reported it to the regional council’s compliance team.

Documents released to Newsroom under the Local Government Official Information and Meetings Act reveal the Lake Emma incident was raised while Toogood was notifying ECan of another spraying incident, this one in the Peel Forest Scenic Reserve. (Toogood’s initial opinion – which was spot on, as it turns out – was Lake Emma’s non-compliance was “nowhere near as clear cut” as Peel Forest.)

A DoC staffer had sprayed an amenity area for blackberry in November 2019. But in September last year, a member of the public complained about die-off of native plants in a Peel Forest wetland, prompting DoC’s mea culpa to ECan.

Last December, ECan formally warned the department for clearing vegetation in a wetland.

Enforcement action was considered but was dropped after a remediation plan was agreed, says the letter, released to Newsroom. 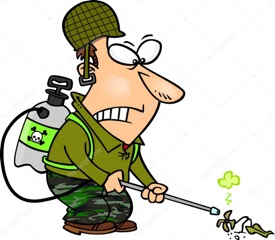