Posted on 22-08-2021 by Guest
(special report)
Proposals to radically restructure Fish and Game, that administer and manage trout and salmon fishing and duck and game bird shooting, have been shelved according to a letter from Conservation Minister Kiri Allan sent to the New Zealand Outdoor Party.
Outdoor Party co-leader Alan Simmons said the minister has confirmed there is no time scheduled for legislative changes in the near future and the matter will not be pursued any further.
The proposals to restructure Fish and Game arose from a review set up by previous Minister of Conservation Eugenie Sage who said the intention was to look at governance only. A two person review panel however went beyond this and concluded government appointees and iwi representatives with voting rights would sit on both national and regional fish and game councils while regions would be reduced by amalgamations.
The proposals drew angry reaction from licence holders and organisations such as the NZ Federation of Freshwater Anglers and Council of Outdoor Recreation Associations of NZ and most fish and game regions themselves.
Simmons said an alarming aspect was the lack of consultation with the 150,000 fish and game licence holders whose license money funded fish and game with no input from government.
“It has been financially independent of government with no taxpayer money funding it unlike the Department of Conservation which is totally taxpayer funded,” he said. “It was DOC that was administering the Fish and Game review. Ironically in the opinion of many outdoors Kiwis, it’s DOC that needs a strong, searching review.”
Minister Allan said in her letter that there is widespread agreement within Fish and Game circles for regional amalgamation but that required considerable further consultation.
“That’s debatable,” said Simmons. “But she did consider Fish and Game to should push on to internally restructure and strengthen governance practices, which I think many feel is justifiable.”
He said he was heartened by the Minister’s assurance that any legislative processes would be done under “normal public engagement and consultation.”
Simmons said he was very concerned of the inadequate consultation that was carried out involving current Fish and Game NZ chairman Ray Grubb talking only to regional councillors.
“That’s just under 150 people, i.e. licence holders whereas there’s probably over 150,000 licence holders in total,” he said.
Tony Orman, of the Council of Outdoor Recreation Councils, a Fish and Game regional councillor for some 30 years, said governments had attempted numerous state takeovers of fish and game and its predecessor acclimatisation societies. The 1968 Hunn Report admitted there had been 10 previous attempts by the State he said with a number since then.
‘Any organisation can develop faults and wrong cultures,” said Orman. “Look at the culture controversies currently raging over well paid government-funded sports and many would argue local government and parliament needs a shakeup.”
The underlying principle is that Fish and Game is totally funded by fish and game licence holders.
“ Any suggestion of State puppets with voting rights sitting around council tables is anathema to be loathed and resisted,’ said Orman.
He commended Alan Simmons for challenging “the potential State takeover of the public’s fish and game organisation”. 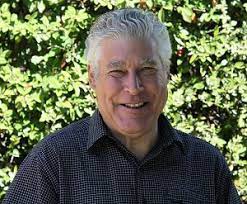 Alan  Simmons – “DOC – not Fish and Game – needs a review”
This entry was posted in Home. Bookmark the permalink.