Posted on 09-09-2022 by Guest
Sam Woolford is team lead for LegaSea, a non-profit organisation “dedicated to restoring the abundance, biodiversity and health of New Zealand’s marine environment”. 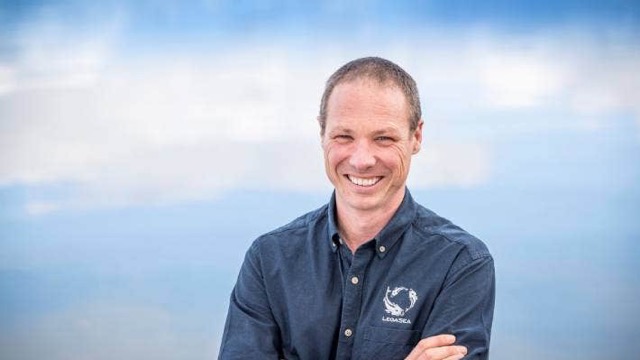 OPINION: In 1989 Fisheries Minister Colin Moyle, the father of the current fisheries’ management framework, made what is now known as Moyle’s Promise.
“Government’s position is clear, where a species of fish is not sufficiently abundant to support both commercial and non-commercial fishing, preference will be given to non-commercial fishing. This position reflects the Government’s resolve to ensure all New Zealanders can enjoy and benefit from our fisheries.”
Since 1996, legislation has enabled the fisheries minister to use this approach to prevent overfishing and safeguard the ability for all Kiwis to catch their own kai.
Next week, the Government is expected to release the latest version of a proposed law change that is currently set to abandon Moyle’s promise and affect more than 600,000 fishers.
On the face of it, the Fisheries Amendment Bill is supposed to enable the roll-out of cameras on fishing boats.
But maybe a hidden camera needs to be focused on Fisheries New Zealand, which has developed a proposed law change that is full of hidden fish hooks.
Included in this fishy bill are sneaky clauses that have nothing to do with fitting cameras and everything to do with weakening fish sustainability protections and sinking the rights of recreational fishers and Māori customary fishers.
The proposed law change does this by introducing preset decision rules to remove Fisheries New Zealand’s own minister as the final decision-maker and guardian of non-commercial fishing.
Removing one C from the law has far-reaching effects on hundreds of thousands of people.
Non-commercial (Māori customary and recreational) interests would be reduced to a fixed share that would increase or decrease at the same time and rate as the commercial share. This is proportional allocation.
Currently, the fisheries minister has a statutory duty to manage fish stocks to a level that provides for future generations’ needs. The minister is also obliged to consider all the available information, mitigate any environmental impacts and set aside sufficient fish to allow for mortality associated with fishing, including Māori customary and public interests, before allocating the balance as the Total Allowable Commercial Catch (TACC).
Fisheries Minister David Parker is currently still able “to make a series of conservative decisions to save marine life”, Sam Woolford writes.
A number of court rulings have confirmed this. A standout was the 2009 Supreme Court decision that reiterated the minister as the guardian of Moyle’s Promise, using his decision-making powers. It came after a years-long battle by recreational fishers fighting to save the once-abundant kahawai, fished down as low as just 20 per cent of its historic population – caused by the use of spotter planes and purse seining designed to catch tonnes at a time.
It is this three-legged stool of the public submissions process, the separation of commercial allocations and non-commercial allowances, and ministerial discretion that are still enabling the current Fisheries Minister, David Parker, to make a series of conservative decisions to save marine life.
For example, it took 40 years for North Island West Coast snapper populations to grow back from being fished down to just 7 per cent of historic population levels. Nearly 10,000 people used the current submissions process to support the minister to exercise his powers to keep a tight rein on catch limits to ensure the recovery lasts.
Sam Woolford says the more controversial clauses in the Fisheries Amendment Bill should be separated from the “comprehensively consulted changes that enable cameras on boats”, to allow for adequate consultation.
Just last year, after thousands of submissions highlighting the plight of scallops that have been almost wiped out of New Zealand’s waters, the minister stepped in to shut down and save them. In the case of the Fisheries Amendment Bill, most of the thousands of people against it believe fish are commonly owned, environmentally fragile assets, just like water, and the minister’s priority must be to act in the public interest.
They are urging the minister to split the proposed bill, to focus on proceeding with the well-overdue and comprehensively consulted changes that enable cameras on boats.
The bill’s more controversial clauses should be dealt with later so that adequate consultation can occur, both to ensure that their true impacts are widely understood, and to ensure the sustainability of fish populations is not jeopardised. 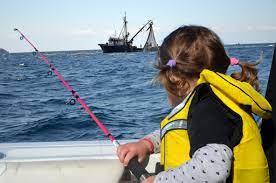