The trout fishing and duck shooting public are overwhelmingly opposed to a proposal to inject Government appointees into Fish and Game. That is the interim result from an on-going survey by the New Zealand Federation of Freshwater Anglers (NZFFA) of the anglers’ and hunters’ opinion of the governance review conducted by the Department of Conservation.

The NZFFA’s survey facilitator, Andi Cockroft, said the survey was still underway but analysis by an independent statistician to review responses, showed an overwhelming opposition to government appointees and involvement.

“One could liken this to the State demanding puppet appointees on the Rugby Union or Cricket Council. It is virtually a total anathema to the outdoors public,” he said.

Of those who made invited comments, ninety five percent of the respondents are strongly opposed to the recommendation that Government appointees sit on Fish & Game Councils.

The Acting Minister of Conservation, Hon Dr Ayesha Verrall, has accepted, in full, the thirty six recommendations from the Fish & Game Governance Review written by John Mills and Belinda Clarke and has asked Fish & Game New Zealand Council to implement those which do not require legislative change and is seeking guidance on amendments to the Conservation Act to enact the rest.

But  Cockroft warned that this was very premature.

‘“Fish & Game licence holders have not been asked for their views on the recommendations. There is a glaring need to consult with the fishing and shooting public.”

The NZFFA has written to the chairman of a DOC implementation committee, Rainsford Grubb, requesting the public be consulted and looks forward to working with him to this end.

“Is DOC paying former Fish & Game National Chairman Grubb as chairman and a member of the four person Implementation Steering Group, tasked with enacting the recommendations from the Review?” asked Cockroft.  “Thus, it is naturally his priority to push through these changes” said Cockroft.

Cockroft said some of the respondents to the survey did concede Fish & Game needed improvement and consequently agreed with a number of review recommendations such as electing national councillors direct from each region’s licence holder ranks and regional funding issues.
“But the few calling for improvement were from one or two regions where there were or had been issues around conflicts of interest of some councillors,” he said. “Certainly the vast majority of survey respondents felt that it is DOC that needs improvement and that DOC were the least qualified to interfere in Fish & Games’ business given that they have been entirely absent in freshwater protection and advocacy for over a decade.”
The Federation is still receiving responses to the on-going survey and will continue to analyse them towards completion. 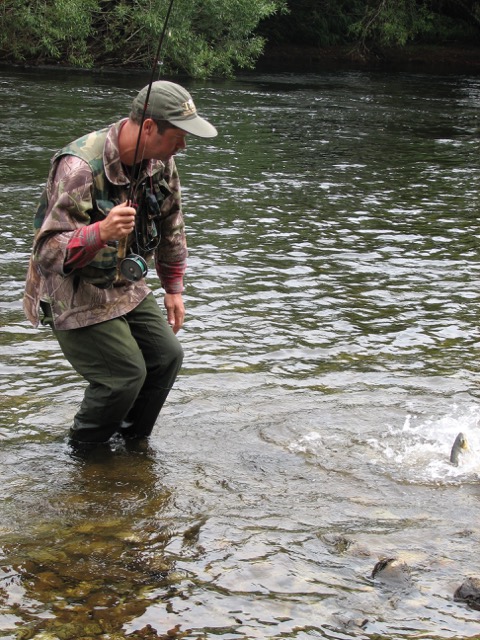