Posted on 10-06-2021 by Guest
(contributed)
The Climate Change Commission recently released its final recommendations for Government.  But the New Zealand Taxpayers’ Union has attacked it for its inability to fight climate change.
“This plan is not actually about reducing emissions. It is about a “transformation” of New Zealand’s economy and lifestyle. Ironically, some of those interventions will actually result in higher net emissions,” says Jordan Williams, executive director of the NZ Taxpayers’ Union. “I have to be honest, the politicians will be keen to adopt the Commission’s plan because it gives them the mandate to expand their regulatory powers.”
The Commission’s report has been welcomed by the Prime Minister and James Shaw.
Radical Interventions
The report urges politicians to be ‘as ambitious as possible in each sector’ and James Shaw is saying that all Ministers will have to think of themselves as Climate Change Ministers.
“This opens the floodgates for radical interventions at every level of our economy and lifestyles,” says Jordan Williams.
Thousands of Taxpayers’ Union supporters made submissions, but there were fundamental to the draft recommendations.
Aside from some minor adjustments to various targets, the changes the Taxpayers’ Union noticed were:-
• The Commissioners have renamed natural gas (a comparatively clean form of non-renewable energy) as ‘fossil gas’. It’s literally now using the terms employed by Greenpeace!
• The Commissioners have tried harder to work in the principles of the Treaty of Waitangi into their recommendations. The Treaty is mentioned 193 times and the report recommends “a Māori-led approach to ensure an equitable transition.”
• The Commissioners have ruled out the option of paying ETS levies out to taxpayers as a dividend, i.e. as compensation for all the economic harm.
• The Commissioners are pushing harder for an increased waste levy (a rubbish tax).
“In other words, we’ve gone backwards,” says Jordan Williams. “We simply must make it too politically costly for Jacinda Adern to use climate change as a stalking horse to implement extreme measures.”
Footnote: For membership and campaign donations, Phone (04) 282 0300
© Jordan Williams 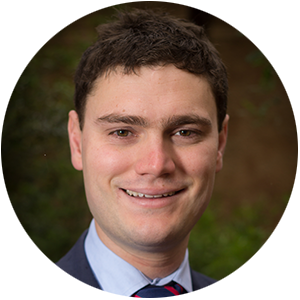