Posted on 15-04-2021 by Guest
Opinion by Tony Orman
The controversial Quota Management System (QMS) will not be abandoned according to an informed source, despite the Labour Party in its 2017 election campaign saying it would conduct an independent review of it.
New Minister of Oceans and Fisheries David Parker has reportedly recently said “there will be no change or restructure of the QMS system and sectors need to work together to make it work.”
But it’s not working. Nor will it work. because corporate companies have a monopoly.
At the 2017 election Labour promised to independently investigate the QMS. Yet early 2019, Labour’s Minister of Fisheries Nash announced he had abandoned Labour’s election pledge to review the QMS.
It was of deep concern that the minister dishonoured this pledge by a simple comment in a newspaper.  With ailing fish stocks, it would be logical to review the system. Instead the minister – and government – championed fish farming as the saviour.
In September 2019, Fisheries Minister Nash was singing the praises of the QMS when he said “The Quota Management System provides a framework that is flexible and responsive to change. Where a stock is below expected levels then I will act to protect it.”
But in 2021 others are not convinced.
Dysfunctional
Sam Woolford LegaSea Project Lead in the “Sport fishing Yearbook 2021” wrote of “the dysfunctional QMS.”
Instead LegaSea has proposed “Rescue Fish”, an alternative to the Quota Management System that in Sam Woolford’s words, “seeks to better manage onshore marine environment and fish stocks.”
“First the QMS has to go and be replaced by a more agile regime that encourages artisans fishing, regional jobs, economic growth and more fish in the water.”
“With the QMS gone, small scale fishers will no longer have to pay rent to quota owners nor receive a fixed price for their catch. They will be powered to innovate. Fishing permits will be priced so they can afford to find new, low impact ways to catch fish of the highest quality. They could even sell fish direct from their vessel providing locals with he freshest catch.”
Other features of Rescue Fish is to ban mobile, bottom contact bulk harvesting methods such as trawling and dredging and purse seining in inshore waters.
Buy-back
Change would start with government buying back all existing commercial quota shares  in the onshore fishery, at a fair value. The estimated buy-back cost is between $0.76 and $3.1 billion with a mid-point of $1.67 billion. The cost would be recoverable from the future sale of commercial fishing permits.
In Sept 2019 Minister Stuart Nash going back on his party’s promise to hold a review of the QMS, praised it saying “The Quota Management System provides a framework that is flexible and responsive to change. Where a stock is below expected levels then I will act to protect it.”
When Labour won the 2020 election in a cabinet reshuffle, Nash was tossed overboard as Fisheries Minister and David Parker landed with a  title of “Minister of Oceans and Fisheries.”
The changed portfolio ttle was seen as promising a more enlightened, ecosystem-based portfolio and potentially honouring the original party pledge to review the quota management (QMS) system which has failed New Zealanders since powerful corporate companies hold 75% of the total quota.
Political Donations
As is known the corporates are not averse from donating heavily at election times to political parties, to gain favours from any incoming government.
Lewis Avenell, NZ Sport Fishing Council Fisheries Management Protection Standing Committee referred to “the failure of the Fisheries Act and the QMS to protect fish stocks, bio-diversity and the environment.”
Similarly Bob Gutsell, NZ Sport Fishing Council president in his 2021 report said “the QMS has passed its used-by date.”
He referred to tarakihi and crayfish allocations for both recreational and commercial sectors being “cataclysmically smashed—and many other species are in danger yet aren’t being addressed by the QMS stock assessments.”
He added “Commercial fishers and MPI are frustrated with the QMS too.”
Labour promised at the 2017 election, an independent review of the QMS, but first through the hapless Minister Nash in February 2019 abandoned the promise. Now it looks like new minister David Parker is going to opt out of honouring the 2017 pledge too.
It’s looking like one big “twice broken” election promise. 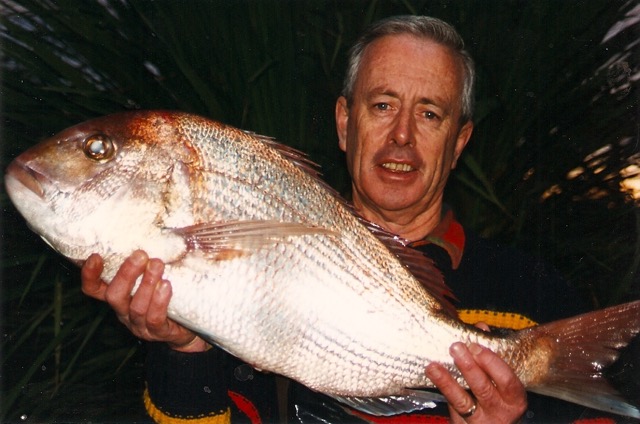 Where to for recreational fishing public under the corporate dominated QMS?