Posted on 24-06-2021 by Guest
Opinion by Jim Hilton, retired scientist and environmentalist of Karamea, West Coast.
Open Letter to MPs
[ If you go to the NZ Parliament website and follow the links to Contact an MP it explains how to send  a letter free post to allmembers of Parliament, You need to send 121 copies of your letter in one envelope. Include a covering note asking for a copy to be distributed to each MP. ]
Dear Member of Parliament, Thursday 24 June 2021.
I would like you to read, consider carefully and reply to this posted letter.
Please do not be offended that I have not named you personally or ignore this letter because it has been sent to other MP’s.
My name is Jim Hilton. I am retired, 71 years old and in good health.
I was born and educated in Christchurch NZ but my home for 46 years has been the small town of Karamea on the South Island’s West Coast.
You can easily find out more about me on the internet.
Congratulations about being a Member of Parliament. I am sure you have had to work hard to get this paid employment. Your job comes with a purpose and responsibilities. As I understand it this is to represent the voting public who selected you instead of the other candidates in your electorate.
Are you aware that a significant number of New Zealanders do not believe New Zealand has a democracy as most people understand it or a government which plays fair?
This is for many reasons but I’ll cite one glaring case following the  tragic shootings at a Christchurch Mosque in 2019 by an Australian terrorist. Anti-firearm law was rushed through in two days. There were over 12,000 submissions by the public. There was no consultation. It was like “The Emperor’s New Clothes” fairy tale.
It was an affront to democracy, in fact I’ll say there was no democracy.
The rushed law was bad. It hit at law-abiding citizens. It did nothing to hit at criminals, gangs or would-be terrorists.
Because of reported under-the-table sales, wealthy gangs/criminals acquired the newly illegal firearms and added them to their arsenals.
I could cite the near-farce which select committees have become where a citizen is limited to five minutes.   I know of a case of one organisation making submissions to the RMA select committee. Initially he was granted 15 minutes but after 5 minutes the chairman (a Labour MP from Christchurch) interrupted and dismissed the submission. In another case, a submitter  who has a New Year honour award, at the nod of the chairman was physically thrown out by security.
I could list many other examples of how democracy and fair representation is being denied  but I won’t because I respect your time and I intend to write follow up letters.
To summarise, Members of Parliament seem to haver forgotten they are civil servants, voted in by the public (except for list MPs) ,paid from the public purse to represent the interests, concerns and worries of the New Zealand people.
Your inaction and the inaction of MP’s for many years about important matters leaves people like me wondering why I bothered voting at all.
As I comprehend, it is your job to canvas the thoughts, feelings, knowledge and opinions of the people in your electorate and consider carefully the information they supply. This information needs to be compared with the information you receive from your advisers in Government Departments.
As I understand it, this would be the main purpose of your employment and the decisions you come to would represent responsible governance.
Please don’t reply telling me about the select committee process because the select committee process was sidelined years ago and as I related earlier, is an now an “insultation” rather than a consultation.
For years now Members of Parliament have been ignoring information from outside the public service, select committee hearings are rushed and legislation is passed quickly, often under urgency with no debate. Rushed law is almost always bad law. Inevitably mistakes are made so legislation has to be continually amended.
One size fits all legislation is discriminatory, undemocratic, overly complicated and often “not fit for purpose” (nffp)
This sad way MP’s approve new laws and continue with out of date laws is the behaviour of an authoritarian ruling elite who think they are born to rule.
As a Member of Parliament you have statutory duties to the public of New Zealand. These duties include:-
(1) Acting in the public interest. A duty to uphold the NZ Bill of Rights and the freedoms it protects.
(2) A respect for democracy including the requirement that all laws have social licence from the public especially before our health is put at risk or our rights are removed. Upholding the rule of law and treating the law with respect.
(3) Engaging your brains and thinking!
I have tried to keep this letter as brief as possible because I suspect you get a great deal of correspondence.
The example I give is but one of many irresponsible decisions which has bought Parliament into it’s present state of disrepute.
What are you personally going to do about this sorry situation?
Yours sincerely
Jim Hilton BSc Hons Biology           email:   jimehilton@gmail.com      mobile  027 8248 112
Address: 235 Kohaihai Road,
Karamea 7893 via Westport 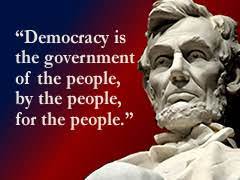 7 Responses to Open letter to MPs