Posted on 22-06-2021 by Guest
Press release from Campaign Against Foreign Control of Aotearoa (CAFCA)
by Murray Horton , secretary organiser CAFCA
The researcher/writer emphasises these key points:
“While many people will be looking to see the impact of the covid crisis on the foreign ownership of Aotearoa, most of the data available in this analysis is current only to March 2020, so the impact of covid will not yet be apparent.
– Foreign direct investment (ownership of companies) has increased $8.1 billion to $129.8 billion in the year to March 2020 and more than eight times since March 1989. NZ ownership of overseas companies is only $36.4 billion, meaning a net liability of $93.4 billion
– Foreign ownership of the NZ sharemarket increased 1.6% to 39.3% (December 2020 data). At March 2019 foreign owners owned an estimated 37% of all corporate equity and 53% of privately owned equity (a 15% increase in the last two years).
– In March 2019 foreign investors owned 23% of net wealth in NZ (a 2% increase since March 2017) – $481 billion out of $2.1 trillion.
– In the six months to June 2020 the OIO only approved $2.4 billion in new investment, a significant drop from the $17.6 billion in the 12 months to December 2019.
– Similarly, the 6,719 hectares in freehold rural land approved in the six months to June 2020 represents a major drop from the 78,678 hectares approved in 2019 (itself a major drop from the 137,834 hectares approved in 2018).
– On the contrary, the 33,527 hectares of leases, forestry cutting rights and other major interest in land approved in June 2020 was a major increase on the 9,054 approved in 2019.
– Australia is still our largest source of FDI, accounting for $59.3 billion in the year to March 2020.
– Tax havens Hong Kong, British Virgin Islands, Cayman Islands and Luxembourg accounted for $12.7 billion in FDI, while the Netherlands, Singapore and Switzerland (jurisdictions used to help avoid tax) accounted for a further $11.9 billion in FDI.
– The financial and insurances services sector (including the big four Australian owned banks) accounted for $43.4 billion (41%) of foreign ownership in the year to March 2020, followed by manufacturing ($17.2 billion). The construction industry represented the greatest change from the previous year, with foreign ownership of the sector more than quadrupling.
– In the year to March 2020 TNCs extracted $8.5 billion from Aotearoa, a 20 percent decline on the previous year. In the decade to 2011-2020 this totaled $87.3 billion. In the year to March 2020 a further $8.9 billion left the country in investment income, making a total of $17.4 billion. 44% of this ($7.6 billion) went to the owners of New Zealand’s banking sector.
– Employment in foreign owned enterprises has declined slightly in the two years to March 2020, employing only 18.1% of the workforce”.
Footnote:-
http://canterbury.cyberplace.co.nz/community/CAFCA/key-facts.html
Available online in three formats – text only (with all references); PDF graphs; Powerpoint graphs and charts. 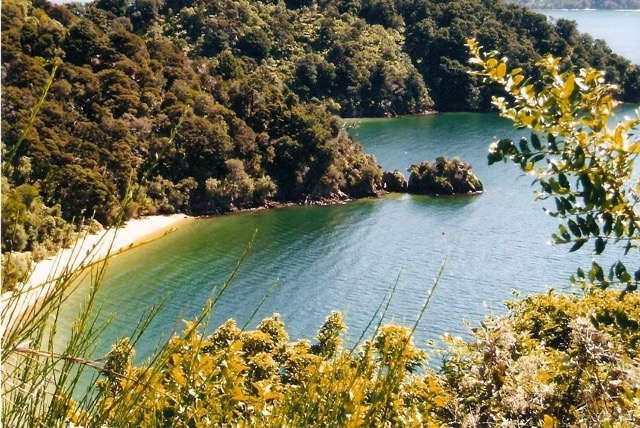 3 Responses to Who Owns New Zealand?