Posted on 25-10-2021 by Guest
A donation of venison by the Nelson NZ Deerstalkers Association’s branch will help feed needy people says a report on Radio NZ.
The Nelson branch of the New Zealand Deerstalkers Association has given “Kai Rescue” more than 30kg of venison sausages and patties, which will be distributed to those in need of food.
Kai Rescue, operated by the Nelson Environment Centre, aims to minimise food waste by collecting surplus or non-saleable food from supermarkets, growers, manufacturers and other sources.
Deerstalkers Association Nelson branch committee member David Haynes said the venison came from a managed hunt, which the association sometimes does on public or private land when the landowner wants animal numbers to be reduced to a manageable level.
Branch president Greg Couper and committee member Carina Jackson culled the deer, which the association then paid to have processed by Richmond-based Meat Solutions.
A young deer could feed 100 people, while a wild pig could feed 50 people, David Haynes said. While some people considered them a pest, wild game animals were actually “a really valuable resource”.
Deer was lean protein – low in fat and high in nutrients he said.
© a culled deer – not a pest but a resource 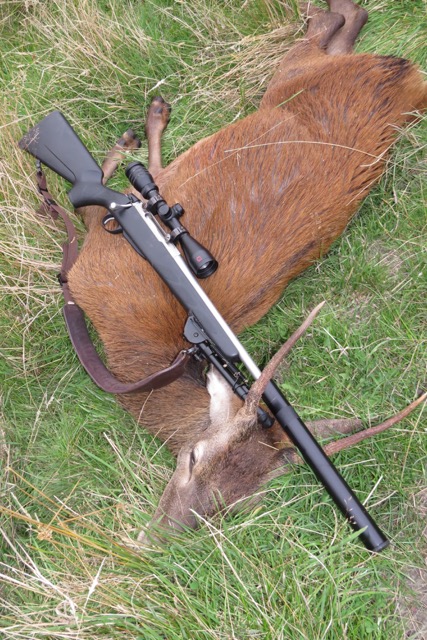