Leonard Cockayne: How one man’s vision distorted science and a nation.

Previously published this article by the late Bill Benfield looks at a man who in the early 20th century was held up as the guru of botany and ecology and who “master-minded” the infamous “Deer Menace Conference of 1930 that embedded the “anti- exotic wild animal phobias” into science and policy. The original article has been abridged. 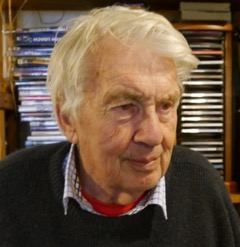 the late Bill Benfield
Since the 1920’s, New Zealand’s conservation has been dominated by one man’s vision. English-born Leonard Cockayne was a school teacher who had taught in both Australia and New Zealand. However, he found the occupation “uncongenial”.
His father’s death and the patrimony bequeathed him in 1884 freed him from the classroom leaving him financially independent to follow his passion and became a plant collector and gardener of New Zealand plants.
Despite only fragmentary formal training and a lack of qualifications in this field, his enthusiasm for his collecting and cataloguing plus being an incredibly prolific letter writer (over 1000 letters in one year) was further added to by sending thousands of seeds and samples to other collectors round the world. This brought him to the notice of Professor K. von Goebel of the Botanischer Gartens and the University of Munich in the early 1890’s and the beginning of a long correspondence between the two men.
This association was to be a turning point in Cockaynes career, and initially, it led to his being awarded an honorary PhD from the University of Munich in 1903.
Cockayne saw the possibilities of such an honour.
Religious Fervour
Though unsuccessful in becoming a government botanist, Cockayne was still able get government funding for much of his survey work and at the same time, he continued to be a prolific writer of both published works and papers. As increasingly Cockayne was developing links with amateur botanists to extend his survey, he was also proselytizing an almost religious fervour in his followers. In a 1912 letter to von Goebel he wrote of “the holy fire of enthusiasm without which, all is as nothing”.  Later, there is his request to his friends for sending out the “Fiery Cross”, a botanist’s evangelical crusade!  .
In view of Cockayne’s obvious gardening origins, and his inability to see his specimens as part of an ecosystem, there is the whole issue of his complete blindness to the evidence that was all around him of the evolutionary origins of the New Zealand’s forests.
There was also the evidence that these forests must have been inhabited and browsed by substantial numbers of moa. Canterbury Museum had considerable material from Haast’s excavations at Rakaia to support this, as well there was such a vast area of moa remains at the Waitaki mouth’s Maori kill site, so much that a railway line was built in to mine the material for fertiliser. Yet in a 1926 monograph written for the Forest Service, Cockayne states:-
“In the forests of primitive New Zealand, except for certain species of moa, there were no grazing or browsing animals, while so far as the giant birds were concerned these would chiefly live in the open”
He inserted the italicised “no” for emphasis! 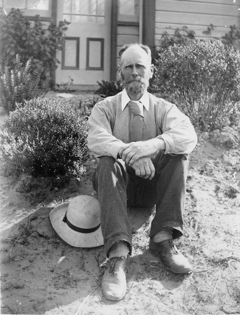 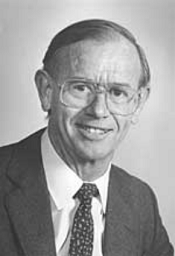 Dr Graeme Caughley, world renowned ecologist
It all overlooks the wider issues of present management by ecosystem poisoning. Initially to eliminate possum browse, 1080 poison has been spread by air over whole forests including waterways; supposedly selectively targeting the “pest” species.
In fact, 1080 is a metabolic poison that affects any creature that requires oxygen as part of its metabolic process, originally registered as an insecticide it kills birds, animals and even forest insects.
Rat Explosion
Generally 1080 favours the faster breeders like rats. The 20% survivors quickly rebreed at a faster pace. Research shows four years after a 1080 drop, rat numbers are four times pre-poison levels.
Many native birds like kea are right now being driven to extinction, but on one hand Cockayne’s followers like religious zealots bearing their “fiery crosses’ ignore the massive co-lateral damage in pursuit of their greater goal of a sterile “eco-purity” and on the other, by the cynical malevolence of the toxin manufacturers and spreaders.
This entry was posted in Home. Bookmark the permalink.

5 Responses to Leonard Cockayne: How one man’s vision distorted science and a nation.