Posted on 01-06-2022 by Guest
Five years after calling for greater powers to seize guns, Police are being hamstrung in their efforts to combat gangs because of Labour’s inaction, National’s Police spokesperson Mark Mitchell says.
“Police Minister Poto Williams needs to front up and say when Firearm Prohibition Orders will be in place. National has called for them for years, and the recent spate of shootings have highlighted the need for Police to have effective powers to combat gang violence.
“If a gang member is subject to a Firearm Prohibition Order, Police will have new powers to search them, their vehicles, and their premises for firearms at any time. The orders would only be placed on the most serious and violent gang members.
“Gangs are a blight on society, causing misery through organised crime and extreme violence. At a time when membership of gangs is growing faster than the Police, Firearm Prohibition Orders with warrantless search powers would make a real difference.
“Police said they needed the powers in 2017. National has twice introduced Members’ Bills to introduce Firearm Prohibition Orders, but Labour keeps knocking them back. Since then gangs have become larger and more entrenched in New Zealand communities.
“Poto Williams even showed a lack of grasp of her portfolio when she wrongly claimed in a statement that Firearm Prohibition Orders were already in place – she was flat out wrong. Legislation that would introduce the orders is languishing before the select committee.
“Given the rise in gang violence the delay to Firearm Prohibition Orders is inexplicable and it is putting communities in added danger. 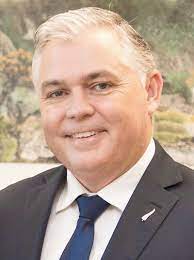 Mark Mitchell – Calls on Police Minister
Poto Williams  to Front Up
This entry was posted in Home. Bookmark the permalink.