New Book on a Hunter’s Personal Exploration of Fiordland

Posted on 03-11-2020 by Guest
Book Review
“A New Zealand Outdoor Life” subtitled “Exploring Fiordland, Hunting and Other Adventures” by Alby Frampton. Reviewed by Tony Orman
Alby Frampton of Wellington, is  a past president of the NZ Deerstalkers Association. While he began hunting in the Tararua Ranges it was Fiordland that was to prove irresistible to a chap afflicted with the exploration bug.
An appetite for exploration was born from reading books on some of the great explorers of yesteryear such as Shipton, Scott and Shackleton while Kiwi  Ed Hillary came Alby’s idol.
in 1980 at age 41 Alby Frampton ventured into Fiordland, just exploring.
Fiordland quickly endeared itself to the point of proving irresistible. After that first trip, he vowed to return.  Fiordland, tempestuous, raw and rugged and more often rain-swept offered the budding explorer a real challenge. Alby quickly became addicted to exploring as much of Fiordland as possible, and over the next 38 years, returned several times and achieving major traverses.
The first few chapters recount the author’s early hunting adventures which were often in the Tararua Ranges north of Wellington, before moving into detailed – at times vivid and gripping – diary accounts of battling Fiordland’s ridges and valleys and often dripping bush, not forgetting it’s fierce westerly driven weather.
Liberally illustrated with excellent colour photos and excellent maps, the book with 248 pages, is absorbing reading.
Footnote:  A hard cover version (is limited to 60 copies at $80 + $10.00 “pack ‘n post” the card cover is $40.00 + $10.00 ‘pack n post’.
All enquiries are to hissinghill@fsltd.nz and Alby will send  a bank account number. When the money is deposited the book/s are posted 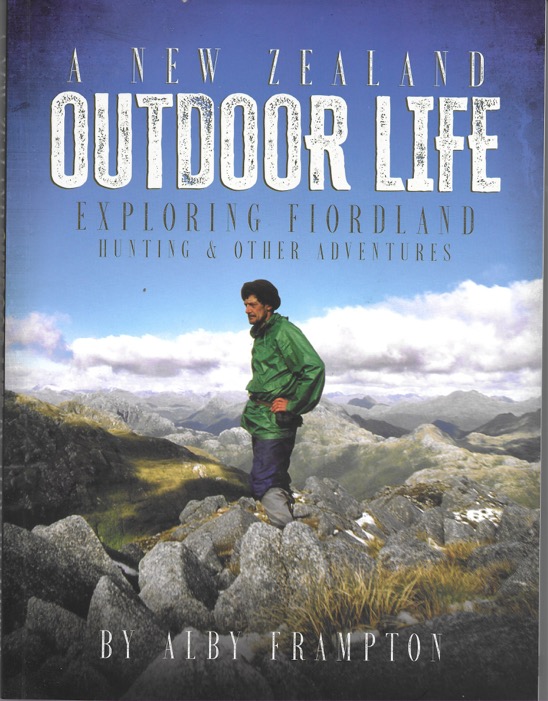