Posted on 31-03-2022 by Guest
Opinion by Tony Orman
In 1958 an American professor of zoology visited New Zealand. Dr William Graf from San Jose university in California came to study the wild deer situation on behalf of Hawaiian Board of Agriculture which was considering introducing deer as a game animal just as European settlers migrating to New Zealand  had done in the late 19th century. Reports of deer having reached “pest” proportions in New Zealand had filtered back to Hawaii.
Dr Graf toured the country hosted by departments Forest Service and Internal Affairs. The eminent American scientist then compiled his report in which he wrote that there existed in New Zealand “an anti-exotic wild animal phobia to an extent that much of the public as well as many government officials do not and cannot view the situation in an objective perspective.”
He concluded “the oft repeated and widely believed statement about ‘vegetation which develops in the absence of grazing and browsing animals’ simply does not stand up under close scrutiny.”
He was alluding to the fact that New Zealand’s vegetation had evolved over many millions of years from browsing by some dozen or so moas that ranged from the giant lowland species to the smaller alpine-dwelling one and other birds such as the kakapo, takahe, kokaho and pigeon (kereru).
Moas had been exterminated by Maori hunting and destruction of their habitat by man-induced fires. The several species of deer and North American elk and moose and even possum, liberated by early European settlers once established simply re-introduced the browsing element to the vegetated ecosystem.
World renowned New Zealand scientist-ecologist the late Dr Graeme Caughley, summed it up when he described New Zealand’s as having three browsing regimes in the last 1000 years:-
He described the pre-1400 AD period and 1850 to today periods as “closer ecologically” than the intermediate period (1400-1850). 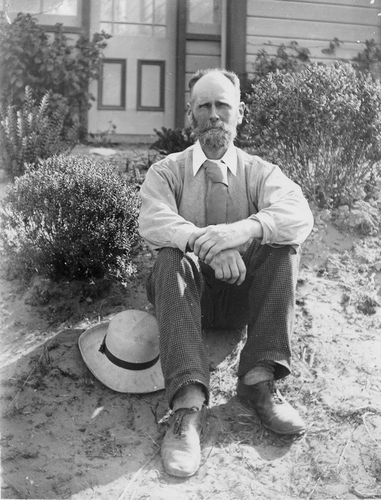 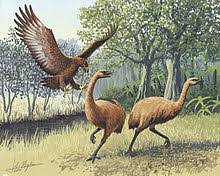 © Moa with several sub-species, heavily browsed vegetation
and were preyed upon by the giant Haast Eagle
To try to maintain the health of the “forest” that had evolved over million of years of browsing, it is important to apply browse pressure to the browse tolerant broad-leaf trees and undergrowth. In the absence of moas and kokaho and other pre-European browsers, it now is only the deer, chamois, tahr that can do this.
The possum is another browser with a role to play in the ecosystem. But it is difficult to undo some forty years of demonization and eco-hate. Possum occupy a similar ecological niche that the kakapo did in pre-human forests. To the trees of the forest it is of little consequence whether is the beak of a moa and kakapo of the teeth of a possum or deer that browses.
The impact of herbivore deer is less than the impact of herbivore birds. In the absence of large flightless browsing birds, deer are the best available alternative. The best course for New Zealand is to allow Nature to come to its own adjustments. Where once there may have been the sonorous boom of the moa there will now be the roar of the stag.
Certainly restoring natural food chains is far, far preferable to wasting millions of public monies annually to saturate forests and public lands with ecosystem poisons as 1080 and brodifacoum are. Toxins such as those two, leave forests with the silence of death and wastefully fly in the face of ecological reality.
Footnote: Tony Orman is a Marlborough-based conservationist and outdoor sportsman for over seven decade. He was active in the “Save Manapouri” campaign in 1970 and subsequent outdoor sporting battles such as opposing trout farming. As an author he has had  some 24 books published 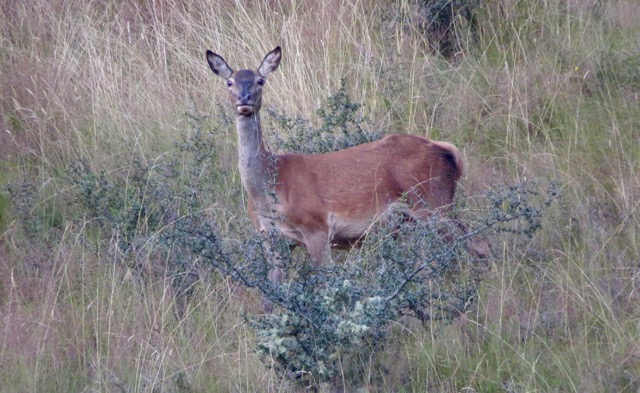 © Deer’s browsing habits are not unlike moa.   photo Tony Orman
This entry was posted in Home. Bookmark the permalink.