Posted on 13-05-2022 by Guest
by Chaz Forsyth,
President Sporting Shooters Assn., of NZ.
By proposing regulations that make it harder for shooting clubs and ranges to operate, along with imposing restrictions on how novices can enter the sport, police are attacking New Zealand conservation ideals and heritage.
It has been estimated that recreational hunters account for 267,000 big game animals (dear, chamois, tahr and wild pigs) and 230,000 goats annually. This is a significant contribution to game animal management and protecting the biodiversity of New Zealand forrest and wild bush country.  Just as important is the control of pest or small game animals in the agriculture sector, often carried out by farmers aided by young hunters.  To do this safely and ensure ethical animal harvesting hunters need clubs and ranges to support the training of novice hunters and for older hands to hone their marksmanship and sight in their firearms.
Sporting Shooters Association President Chaz Forsyth says “Government  should be promoting more clubs and ranges throughout the country in support of the first aim off the Arms Act which is to “promote the safe possession and use of firearms and other weapons”, but instead they are hell bent on making it harder for clubs and ranges to exist. In this they are aided by NZ police who are dreaming up new regulations that will force many clubs and ranges to close, and in doing so, the NZ Police betray our heritage and conservation ideals.
Footnote: For more information contact: Chaz Forsyth, President SSANZ Phone – 64 0274738318 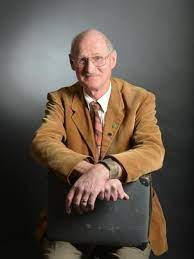 7 Responses to NZ Police betray our heritage and conservation ideals.