Posted on 14-09-2022 by Guest
A further opinion by Tony Orman on disappearing democracy
I’m a keen recreational fishermen and I revel in being down the Marlborough Sounds fishing for snapper or blue cod or casting a fly for kahawai at a river mouth.
But environmental trends are increasingly worrying me such as the depleted numbers of kahawai, the siltation in the Marlborough Sounds from “industrial activities” such as clear felling of commercial radiate forests and the proliferation of industrial style aquaculture in the Sounds.
I’ve been told by those who dive of the aggregated “sludge” under mussel and salmon farms and in the case of the latter, of truckloads of dead salmon rumbling up to the Marlborough District Council’s landfill.
Fish farming inevitably experiences fish deaths caused by either disease in concentrated, crammed fish pens or by warm water temperatures or a combination of both.
Back track to the last election for council and I was gratified to hear a couple of candidates speak of their concern for the declining environment of the Marlborough Sounds. One was elected to council. I voted for her and congratulated her on the success.
Now fast forward to a few months ago and I naively asked the councillor if she would find out for me the quantity of dead salmon dumped. She willingly – naively too in retrospect –  agreed.
A few weeks later I received an e mail from a council bureaucrat. The information would not be released under the Official Information Act (OIA)as it was “commercially sensitive.”
I was puzzled. I never requested the information under the OIA.
Why was it “commercially sensitive”? After all King Salmon occupy public space belonging to you me.  I reasoned that corporate King Salmon with heavy Malaysian ownership, pay no rates for occupying public seabed space. But I pay rates.
And after all, the council’s land fill’s operation is in reality, funded and operated using my rates.
I e-mailed my friendly councillor calling that I had never asked under the OIA. It was an informal request that should have been routine for a ratepayer to ask his elected representative who after all I had voted for.
There was no reply – silence. What was going on?
I e-mailed the deputy mayor who I know – silence.
Hmmmm – the shutters had come down.
So I sought out a few other councillors. Blenheim’s thankfully a small place in case you hadn’t realised.
I was told following my request dropping into the council’s bowels of bureaucracy, that a memo was immediately sent to all councillors ordering them not to ask questions on behalf of ratepayers.
It seemed to me that the people who elect councillors were being denied the right, by public servants paid by the people ratepayers, to ask their elected representatives for information relating to council. Surely an affront to democracy? 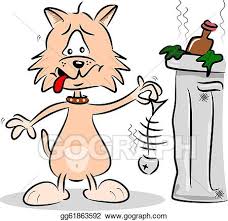 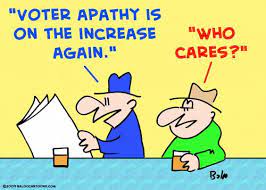