The Council of Licensed Firearms Owners (COLFO) is calling for Police to make good on their three-year old apology for firearm licensing errors which contributed to the deaths of 51 New Zealanders in 2019. Despite the Government accepting all Commission recommendations, it has not acted on all those related to firearm licensing and last year reneged on the very significant promise of an independent firearm licensing agency by letting the Police retain it.
COLFO Spokesperson Hugh Devereux-Mack said Police apologised to the victims of the Christchurch terror attack, but never apologised or took responsibility for their deplorable treatment of licensed firearm owners.
“Three years on from the darkest day in modern New Zealand’s history, Police have not acted as if they accept responsibility for their failures.
“They continue to act as if licensed firearm owners are the guilty ones, and have kept their licensing process unwieldy and secret,” said Hugh Devereux-Mack.
He said the problem was that the Government had acted against firearms and licensed owners before the Royal Commission investigated.
Police Failure
Had the government waited until the report was in, the country could have saved millions of dollars in taxpayer money by focusing on the police processes that failed, rather than changing the laws which have been shown to be ineffective at reducing gun crime.
“The Government gave the Police a sense of entitlement over firearm owners that has lived on far longer than the apology for their mistake, with licensed owners being mistreated in the years following the attack.
“Licensed firearm owners have done their part following March 15, to obey new laws and restrictions even though they played no part in the terror attack, and endured being villainised by both the Government and Police,” he said.
It is time Police did the right thing – apologise to the licensed firearms community and work collaboratively to deliver more efficient and effective processes and systems.
“Instead of following the recommendations of the Royal Commission Report and establishing an independent body, a re-branded task force within the Police now administers the system. It sits within the Police bureaucracy so we have no confidence that they will be able to manage this effectively, securely or efficiently”.
“Now the public, and law-abiding firearms owners are being asked to trust police to administer the new firearms laws, as well as the cumbersome and futile registration system despite their cumulative failures of the past, one of which had lethal consequences.”
Devereux-Mack said it was time to discuss the way authorities had obstructed and misdirected attempted revelations about the licensing errors. 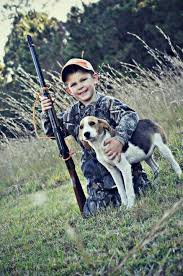 Denial
Seven days after the shooting, Assistant Commissioner Mike Clement denied Police processes were responsible. Police allowed the public to believe this until the Royal Commission findings were released.
Before the Royal Commission started its work, a Select Committee considering post-shooting firearm laws was presented with documents confirming that Police authorised the terrorist to purchase 2,320 rounds of ammunition on December 11 2017. When the submitter tried to reveal these documents at a Committee hearing, the presentation was cut short by Chair Deborah Russell.
The Royal Commission subsequently found Police failed to properly vet the terrorist when they granted him a firearms license without proper character witnesses, and subsequently approved his mail order ammunition purchase.
Devereux-Mack said that to change the law before the Royal Commission report had been completed was akin to holding a trial before the evidence had been collected, and that reversal of process should never have been allowed to occur.
Licensed firearms owners are amongst the most vetted and law-abiding citizens that are trusted to own and use firearms for lawful purposes.
“It is time that Police stop villainizing them and instead focus on criminals who use guns illegally and stopping their international supply lines,” said Hugh Devereaux- Mack.
This entry was posted in Home. Bookmark the permalink.