Posted on 16-11-2020 by Guest
Opinion by John McNab
“We shall be doing a great service to the country in stocking these large areas with this valuable and harmless animal.” So said the Auckland Acclimatisation Society Annual Report 1917, in discussing in liberating possums.
But somehow the thinking has changed. The possum has been Enemy Number One for 70 years or more in terms of vegetation and bird life.
To combat the enemy 1080 poison is aerially dropped mostly over public lands.
The spreading of poisons is done on assumptions that (a) there are 70 million possums spread evenly over New Zealand (b) possums are a rapacious consumer of foliage.
How true are these accusations?
A decade or more ago in researching the topic, I spoke to several possum trappers. They strongly disputed the 70 million figure. Their estimates ranged in the 20 million to 25 million bracket. A South Auckland possum hunter was adamant about the faulty figure.
“It’s total bullshit. They’ve been quoting that for the last 30 years to justify their use of 1080.”
He added a pertinent comment.
“There’s big money being paid out, big salaries at stake. They’ll prop up the myth with propaganda plus the government owns the 1080 factory at Wanganui.”
Well how did government arrive at the 70 million figure?
Crazy Science
Reliable sources say it was done by departmental officers and a retired DSIR scientist who on his website advertises specialising in ‘road kills.” Sources say the retired scientist and departmental officers drove the highways counting road kills and then by magic mathematics, arrived at a figure of 70 million.
Based on science? I leave you to judge the bizarre nature of this.
The 70 million figure has been disputed not only by possum hunters, but also by credible scientists. Frequently departmental policy and commissioned contracts prevent scientists speaking out.
However some years ago, I came across details of a Department of Conservation workshop held in the mid-1990s on “Possums as Conservation Pests”.
A senior scientist Graham Nugent of Landcare Research, spoke on the subject.
He termed the 70 million possum guess-estimate by DOC as a “back-of-a-cigarette-packet” calculation.  Not worth a “fag”.
It was then particularly interesting that he used the 70 million figure to assess the impact on vegetation.  “This oft-quoted figure is frequently used to depict possum as a rapacious consumer of all things green,” he said.
Working out how many tonnes of vegetation the fictitious 70 million possums would browse and how much new foliage, NZ’s vegetation produced every 24 hours, he calculated the fictitious number of 70 million possums would browse only about 1/15th or 7 percent of the new foliage each night.
Just One Per Cent
If we took a more realistic figure of perhaps 10 million rather than 70 million possums the possum would consume just one per cent of the daily foliage production.
Graham Nugent went on to say that possums did not threaten the total national forests by “deforestation”. The only impact was a change in individual species known as “composition”. There would be less of palatable (to possum) vegetation species and an increase in unpalatable species.
The change simply a structural one.
The 70 m figure used by DOC for some two decades shows they are either ignorant of realities or are intent on spinning a case for their self-serving policies. It is clear DOC just does not understand – or wish to understand – basic possum population dynamics.
For instance possum populations are not consistent. Some gullies may have higher possum numbers than other gullies because of north or south aspect (warmer or colder) even low to nil numbers in some gullies.
Low Numbers
Some areas by geological nature i.e. poor nutrient levels, hold low numbers of wild animals. For example, Marlborough’s Richmond Range and the Red Hills area have low wild animal populations.
Possum numbers are much higher in marginal country and along lower bush edges where possums will “graze” pasture, than in forest. One study near Wellington suggested possum numbers were 400 percent higher (i.e. 4 times) that of numbers in the forest itself.
Possum numbers in rugged country are usually “controlled” by the rigorous environment especially climate. In inclement weather, natural mortality of possums may be as high as 40 percent.
The generally unpalatable nature of beech forest does not support high wild animal numbers.
Decline
Possum numbers have naturally declined or are declining to a low stable level, which is a known characteristic of wildlife populations after liberation, rising to a peak then dropping to a low stable level..
Possums at an estimate, reached their peak 20 years ago and  have been in a gradual decline for the last couple of  decades or more.
The alarmist supposition that possum numbers will explode if poison drops are stopped is regarded as most unlikely by competent wild animal biologists.  Possums are very slow breeders with one “joey” a year.
The pro-1080 faction has even tried to turn the herbivore possum into a predator. On one occasion a Landcare Research scientist referred to the possum as a predator.  Yet Landcare Research in 2004 and 2007 showed no sign of remains of bird or eggs in possum stomachs.
CORANZ Study
I believe there is an article on the CORANZ website of a basic experiment involving possums and eggs. In summary, eggs laid out for possums were ignored over several nights.
If possums are not a pest then perhaps they can be a resource.
Even if numbers were to increase, harvesting of possums by commercial fur trappers at no risk to other wildlife is the obvious option. 1080 as an ecosystem poison kills not just targets like possums but insects, birds and animals.
Besides the possum is a resource with possum fur variable depending on markets, worth 30 times crossbred sheep wool. In addition possum meat could be used for pet food manufacture and human consumption.
© New Zealand’s forest and mountain lands are in no danger from possums, so science shows. Departmental propaganda says otherwise. 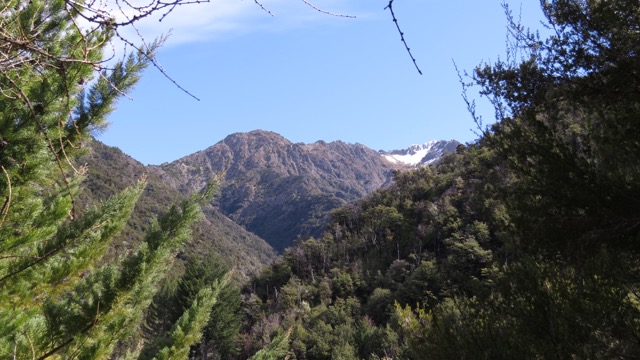 3 Responses to Possum – Forest and Bird Pest or Resource?