Posted on 17-11-2020 by Guest
Opinion by John McNab
Possums are frequently blamed for spreading Tb.
The accusation comes mainly from OSPRI – which has morphed from the original Animal Health Board (AHB) – and farming groups such as Federated Farmers.
Adding heat to the attack on the possum is Forest and Bird and raging writers like Dave Hansford, afflicted with a blind love of 1080 driven by a hatred of “introduced” wildlife.
The possum generates “hate speech” from some official quarters that has no fact and no credibility.
In some cases, the hate has an underlying motivation – self vested interest and a lust for money.
The Department of Conservation by generating alarm and hate at the possum, gets vote allocation money. The part-government funded agency OSPRI gets money from government and farmer levies.
But it is all myth, lies and spin. Some have even likened the rhetoric to propaganda.
For example, OSPRI has long claimed that possums spread bovine Tb.
In 2016, the late Bill Benfield challenged OSPRI’s false advertising to the advertising standards authority.
Bill Benfield said his complaint was, that as had been then revealed in Parliament, the levels of Tb disease in possum were so slight, and for many years even non-existent, that possums were not the cause of Tb in cattle.
Bill Benfield had seen an email circulated to all livestock farmers in New Zealand on April 1 (April Fools Day) in 2016 which claimed nearly half of all bovine Tb cases were caused by possum. Consequently the OSPRI email said  OSPRI and its subsidiary TBFree, would need to continue “pest control” and thereby continue using aerial 1080 poison over large areas of New Zealand.
Bill Benfield’s complaint was dis-allowed but only by a majority decision. So he appealed over technicalities of the original decision plus further information to hand.
Among the new information was that provided by NZ First MP, Richard Prosser, who in Parliament had questioned the Minister of Primary Industries  about possums and Tb.
The Minister’s replies showed that the level of Tb in New Zealand cattle to be far below, in fact many hundreds of times below, world standards for a nation to be declared Tb free.
The world standard for “Tb free” was 0.1% infection rate, yet for many years New Zealand had been at 0.0014% and even below for many years now.
In essence, NZ was and is today Tb-free.
Bill Benfield’s appeal was upheld.
Meaningless
Exposed was that OSPRI and its predecessor AHB, had been maintaining the charade of a Tb crisis. In return the falsehood justified OSPRI’s existence and allowed the bureaucracy to continue a meaningless regime of herd testing. In addition, the unreliable test used resulted in many thousands of otherwise healthy animals being slaughtered.
One might have expected farmers and Federated Farmers to kick. Inexplicably there was silence.
The falsehood had also resulted in many thousands of tonnes of 1080 poison baits being spread over New Zealand to eradicate a technically non-existent disease.
Inexplicably financing the charade, farmers had paid countless millions of dollars in levies for animals sent to the works while millions of rate and taxpayer dollars had contributed too. 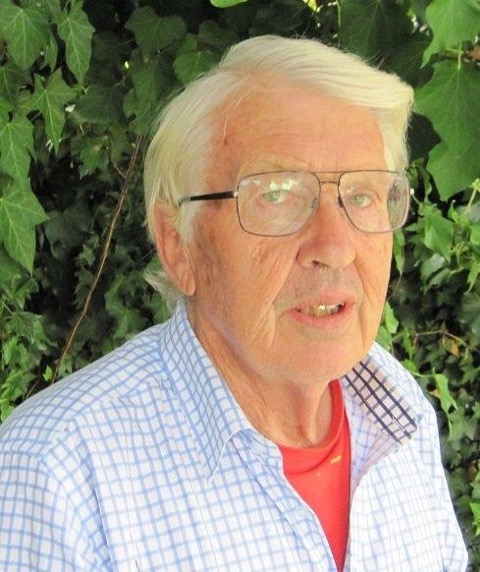 © The late Bill Benfield  – found OSPRI out
In the centre of the deceit and deception the innocent victim has been the possum.
Bill Benfield did not mince words when he termed OSPRI as, “a parasite on farmers and the tax-paying public.”
Fallacies had continued to be spawned by bureaucrats and spun out to the public in press releases that are “simply propaganda.”
The mainstream media perpetuated the myth by never questioning. Investigative journalism had died.
The fact is New Zealand is Tb-free by the world yardstick but even today OSPRI, despite being found out by the advertising authority judgement, still spins the line of possums spreading bovine.
At the same time, OSPRI and a compliant media, continue to ignore that NZ is Tb-free.
The world standard for a country to declare “Tb free” is 0.2% for Tb infected herds and 0.1% for infected cattle.
But in 2016, information obtained by NZ First MP Richard Prosser  in Parliament, showed New Zealand rates of Tb infection in cattle were slight, i.e. 0.0019% average over the previous nine years.
It is so far below that required by world standards for a Tb free declaration – that New Zealand must be one of the world’s most Tb free countries.
Questions
The exposure of OSPRI by Bill Benfield and Richard Prosser raises the question whether OSPRI has a continuing role in New Zealand’s agriculture?
Is OSPRI just preserving its empire’s existence and jobs, funded for by taxpayers and farmer levies?
Surely sooner or later, farmers and taxpayers and government are going to see through the charade and stop it?
In 2016, MP Richard Prosser continued to probe in Parliament with questions to the then Minister of Primary Industries Nathan Guy.
Nathan Guy revealed possums have negligible – virtually zero – Tb infection rates.
Of 9830 possums autopsied at the time, none had Tb.
Richard Prosser said “And of 9830 possums autopsied in the last 12 months, none had Tb. That’s zero percent. OSPRi claims of wild life spreading bovine TB, are totally wrong.”
The situation for a country to be classified as Tb free is to be under the world yardstick.The World Organisation for Animal Health, an affiliate to the UN, sets the world standard for a country to declare “Tb free” at 0.2% for Tb infected herds and 0.1% for infected cattle.
Farmers stock are initially tested with the error-prone skin test with auxiliary tests such as bovigam (blood test) and post mortem.
Sporting Hunters Outdoor Trust spokesman Laurie Collins of West Coast, said the skin test used for detecting Tb in stock and which formed the bulk of TB testing apparently had a 20-25 percent error rate.
“That means by simple arithmetic, the probability is one in 10 stock tested, is infected but not identified by skin testing, known as a sleeper. Sleeper animals can then be sold, transported and infect a new herd and area.”
“Taranaki which had several TB outbreaks, had no possums,” said Laurie Collins. “So much for the possum TB myth.”
Although nationally infected Tb herds had fallen in number, Richard Prosser said with figures obtained by questions to the Minister, it strongly suggested that more effective movement control had been the real reason in the reduction, instead of attempting to  exterminate wildlife with 1080 poison.
” The single biggest reservoir and vector for bovine tuberculosis is cattle. It always has been cattle with the poor testing regime being used.”
Richard Prosser said evidence was for government in the neighbouring Town Belt on the “back doorstep” of Parliament in capital city Wellington, where rats, stoats and possums lived with bird life thriving.
“The difference from wilderness public lands is they don’t dare drop 1080 poison over Wellington,” he said.
New Zealand’s use of poisons like 1080 and brodifacoum was a potential threat to exports.
Exports of wild venison to Germany were stopped on one occasion because of European market concerns about 1080.
Several years ago, a Bay of Plenty pet food manufacturer of pet food based on possum meat had export orders immediately cancelled when Japanese TV screened a programme on New Zealand’s aerial 1080 programme.
The question remains, why does OSPRI exist?
© New Zealand’s dairy cow herds are Tb free by world UN standards 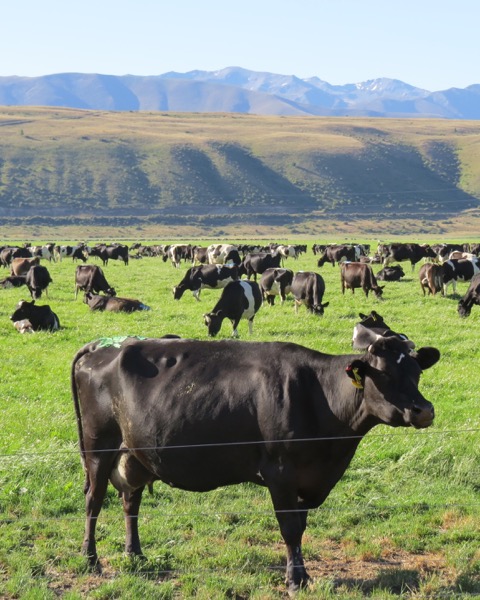 4 Responses to Wasteful Spending on an Imaginary Pest