The failure of Police to follow the firearm licensing law, unjustly providing one to Australian terrorist Brenton Tarrant, means there are no reasons for changes to firearm laws says the Council of Licenced Firearms Owners (COLFO).

COLFO Chairman Michael Dowling says: “This revelation shows that changes to firearm laws immediately following the shooting were unjustified, and further changes are unnecessary. The shooting did not arise out of a problem with the New Zealand public, but with Tarrant himself and the government agencies that enabled him to carry out this atrocity. It is not New Zealanders that need to be fixed, but our institutions.”

Dowling said the Royal Commission of Inquiry report shows that Police failed to uphold the law when erroneously providing Tarrant with a firearms licence.

“Police did not follow the law that required them to check criminal records and interview family members before issuing a firearms licence. We see too often with our agencies, the individuals responsible for the decisions walk away with a new role and medal for attendance. We demand someone is held accountable for this grave error.”

The response of the Government and Police toward firearm owners was unjustifiable. The Prime Minister and Minister of Police has known about the mistake ever since the shooting, but said nothing: encouraging people to blame and demonise our members he said. The Police released a statement on 22 March 2019 claiming they followed correct processes in awarding Tarrant a firearms licence.

“The Police Minister stood in front of media, showing off destroyed firearms and deriding opposition as “gun nuts”, knowing the only reason Tarrant had some was that his own department had not followed the law,” said Dowling.  “Instead of fixing the error immediately, the Government and Police acted like it was the fault of licensed firearm owners, confiscating our property, raiding our homes, and changing unrelated ownership rules.”

Dowling says that law-abiding licenced firearm owners deserve an apology from Police and their Minister.

“We demand an apology to New Zealand for making this country a less safe place, and unjustly stirring hostility against law-abiding firearm owners. The failure of Police to follow the law underlines the need for a new agency to administer the Arms Act. The New Zealand Police are not the right agency for the job.” 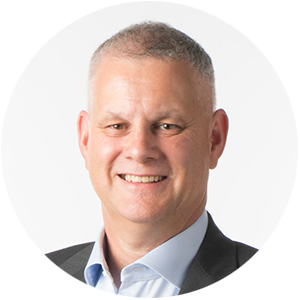 8 Responses to RC REPORT SHOWS NO JUSTIFICATION FOR FIREARMS CHANGES